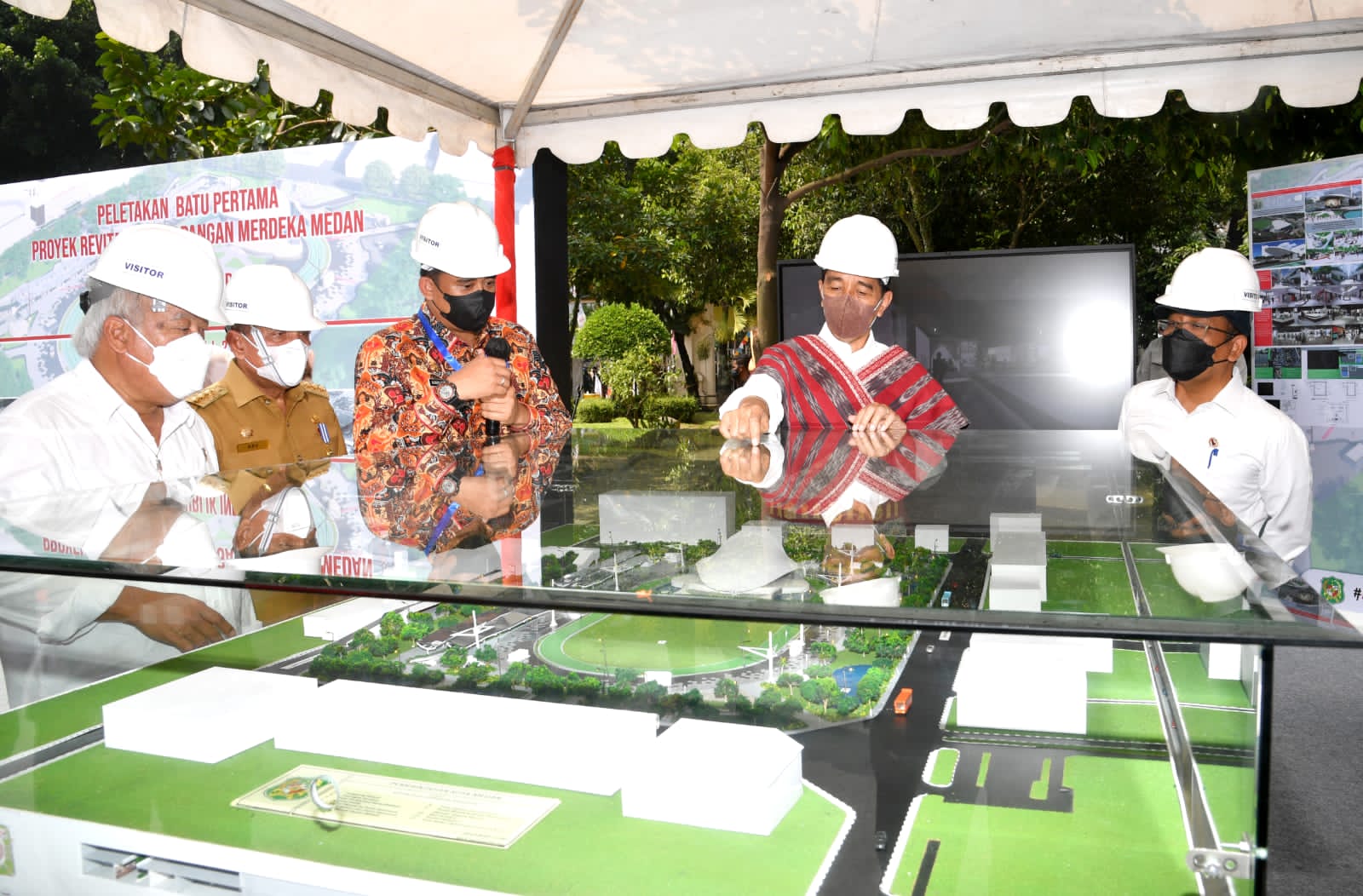 “By saying bismillahirrahmanirrahim, I officially declare that the renovation of Merdeka Square in Medan, North Sumatra, has started,” President Jokowi said.

In the meantime, Mayor of Medan Bobby Nasution said the renovation includes the pavilion reconstruction. Merdeka Square will also be integrated with the train station to support the development of low-carbon areas and strengthen its potential for a transit hub and Transit Oriented Development (TOD).

For the record, the main concept of the Merdeka Square renovation is the preservation of historic city space and the dynamics of contemporary urban design. The renovation will maintain the old tree and the character of the open field to preserve its historical significance and cultural heritage value.

The Merdeka Square renovation is also carried out as an effort to conserve the natural environment through the concept of a rain garden and a sponge city. In addition, the renovation is also expected to re-create public space as a space for meeting and interaction among city residents. (BPMI of Presidential Secretariat/UN) (RI/MMB)