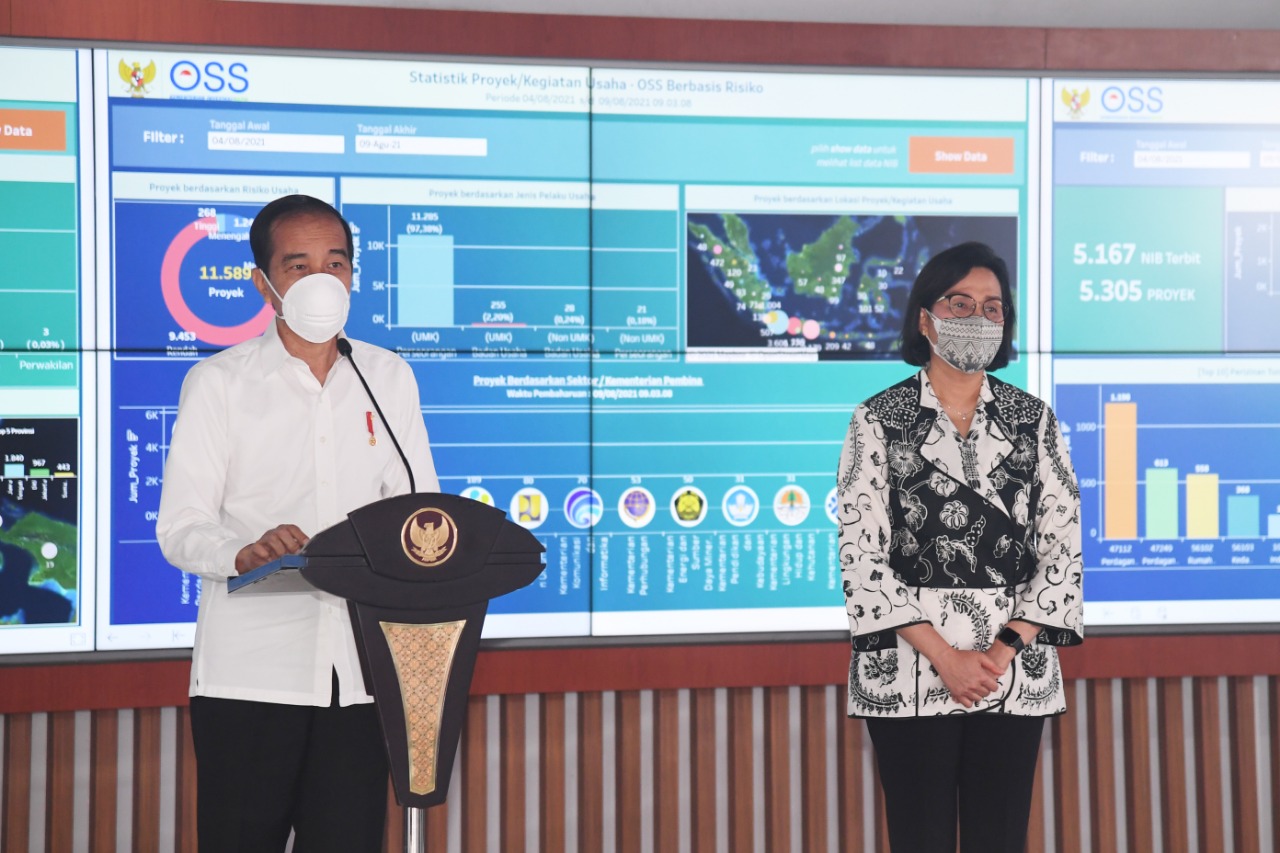 “Today, we are launching a risk-based OSS. This is a highly significant reform in licensing by using an online licensing service integrated with a risk-based licensing paradigm,” said President Joko “Jokowi” Widodo during the launching ceremony.

According to the President, the OSS system will improve the ease of doing business in Indonesia, adding that through this system, the type of permit assigned will be based on the risk of business.

On that occasion, the President also ordered ministers, heads of institutions, governors, regents and mayors to remain disciplined in monitoring this facility.

He also said he would directly supervise the implementation on the ground.

“I will monitor whether the requirements are getting easier, whether the number of permits is decreasing, whether the costs are more efficient, whether the standards are the same throughout Indonesia, and whether the service is getting faster. If we can do this, I believe investments, whether micro-scale, small-scale, medium-scale, or large-scale, will increase in our country,” the President said.

The President also reminded domestic and foreign entrepreneurs, investors, MSMEs players, as well as large business players to benefit from the super-easy service in order to boost investment and create the widest possible employment opportunities.

“Once again, I say that this reform of the ease of licensing services is intended to provide ease of doing business for micro, small and medium enterprises, to encourage more new entrepreneurs, to accelerate the transformation of the informal sector into the formal sector, and most importantly, to create as many jobs as possible,” he said.

In the meantime, Minister of Investment/Head of the Investment Coordinating Board (BKPM) Bahlil Lahadalia stated that the Government started developing the system in March 2021.

The Government will also incorporate 18 ministries/ institutions into this system, he added.

According to Bahlil, the use of the risk-based OSS system is mandatory for business players, ministries/institutions, regional governments, Special Economic Zone (KEK) administrators, and Free Trade Zone and Free Port (KPBPB) Authority.

The Minister also said that the application connects four scopes, namely those in regencies/cities, provinces, ministries/institutions, and Ministry of Investment.

During the launching event, an MoU was also signed between Minister of Investment and Minister of Finance on the efforts to boost investment and state revenue, as well as institutional strengthening. (TGH/UN) (FI/EP)