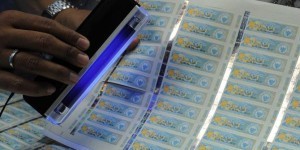 The Indonesian Government has decided to maintain excise duty on tobacco products (HT), including cigarettes.

The new Regulation was signed by Minister of Finance Sri Mulyani Indrawati on 12 December 2018.

Head of Ministry of Finance’s Communication and Information Service Bureau Nufransa Wira Sakti in a press release on Sunday (16/12) said that the Regulation stipulates the following:

He went on to say that the Government also provides room for labor-intensive industries by maintaining the sustainability of employment rate. According to him, the Government will put a lot of effort into eradicating the circulation of illegal cigarettes to achieve the target of tobacco excise duty in 2019.

(The policy) aims to make sure that legal tobacco products industry can grow and penetrate illegal market in order to increase state revenues as well as to maintain sustainability of the employment,” Nufransa said.

Nufransa further said that the Government would intensify collection of excise duty of Other Tobacco Products (HPTL) that has contributed Rp154.1 billion to state revenue in the last three months.