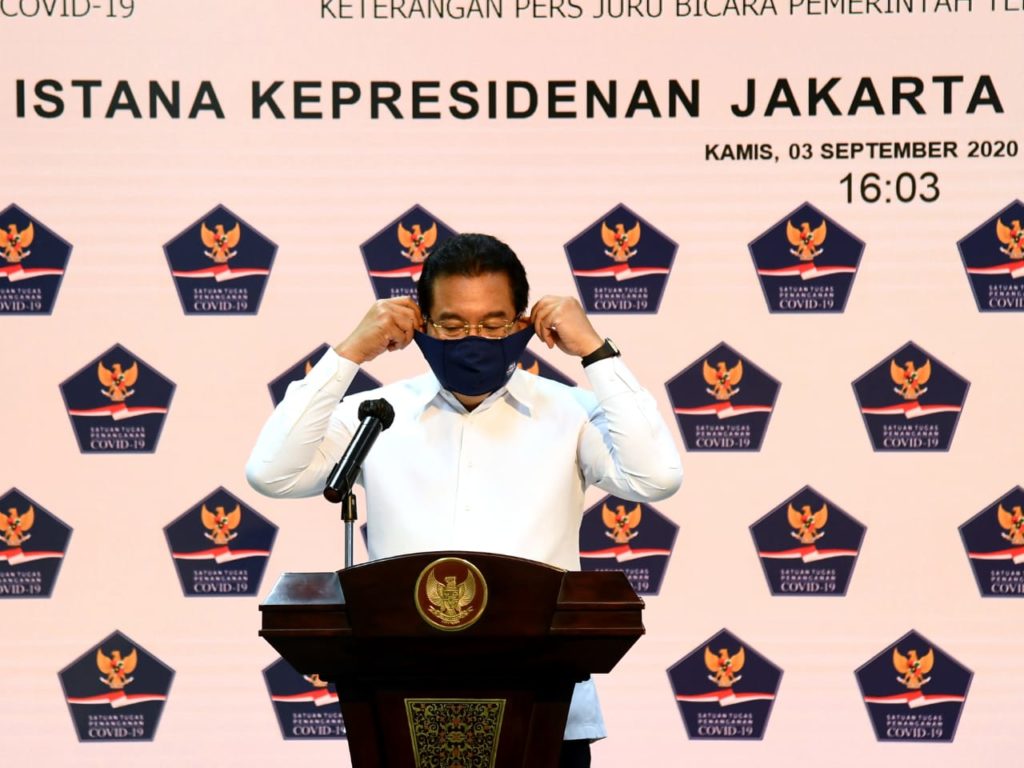 The Government has announced it has managed to slow down the spread of COVID-19 for the past six months through a number of measures and policies.

Spokesperson for the COVID-19 Mitigation Working Committee Wiku Adisasmito cited an example of a zoning system policy that has been in place to determine and control areas.

In addition, the percentage of active cases nationwide tends to decline and as of August, the figure stands at 23.64% from that in March at 91.26%, he added.

“Death rate also tends to decline after reaching its peak in April, namely from 8.64% to 4.47% in August,” he said, adding that recovery rate nationwide also tends to rise in August reaching 72.17% from only 3.84% in March.

Wiku also said the Government continues to push for production of personal protective equipment and other medical devices made at home with 100% locally-produced raw materials that meet international standards of AATCC 42, ISO and ASTM.

“Other areas of innovation include production of ventilators made in Indonesia that have been clinically tested, reusable cloth masks with the same filtration capability with that of surgical masks, and development of domestic vaccines through a consortium between the Eijkman and state-owned pharmaceutical company Biofarma, namely the Red and White vaccine,” he said.

For the next target, Wiku said, the Government would be focusing on protecting the vulnerable, comorbid sufferers, the elderly, and health workers.

“The Government is also committed to increasing data interoperability to quickly monitor COVID-19 development,” he said. (Communication Team of the COVID-19 Mitigation and PEN Committee/EN)