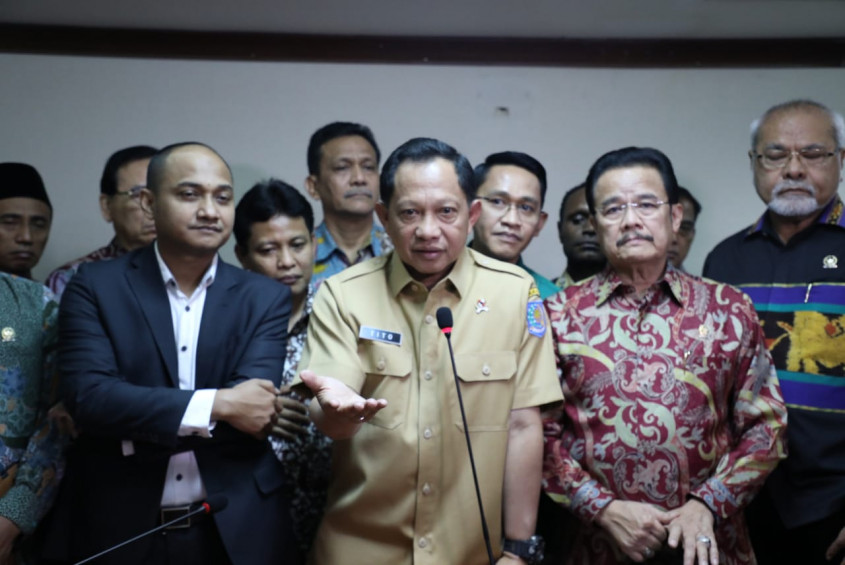 The Government has announced plan to evaluate regional elections that have been done in the past fifteen years, Minister of Home Affairs Tito Karnavian said, Monday (18/11).

The statement was made by Tito during a working meeting with the Regional House of Representatives Council (DPD) Committee I overseeing regional autonomy, central and regional government relations, and formation, expansion, and merging of regions.

“All public policies, particularly pertaining to general public, electoral system need evaluating through an academic study, not an empirical study,” Tito said, while ensuring that research methods are required to evaluate regional elections in cooperation with reliable institutions with a good reputation.

Should the study show that the public prefers direct elections, regional elections will still be complemented and if shows the opposite the so-called asymmetrical election system will be in place, Tito added.

Tito went on to say that in order to hold the asymmetrical election system, further analysis including maturity index in democracy is needed.

“This means that not all regions will hold direct regional elections. Therefore, it is necessary to establish a maturity index in democracy in each region, I have spoken with Head of Central Statistics Agency (BPS) and Head of Ministry of Home Affairs’ Research and Development to find out which regions are ready to hold direct elections and which are not,” said Tito.

Tito further said that the Ministry is not the one in charge of making decisions to stipulate direct, indirect, or asymmetrical election systems. (Ministry of Home Affairs PR/ES)