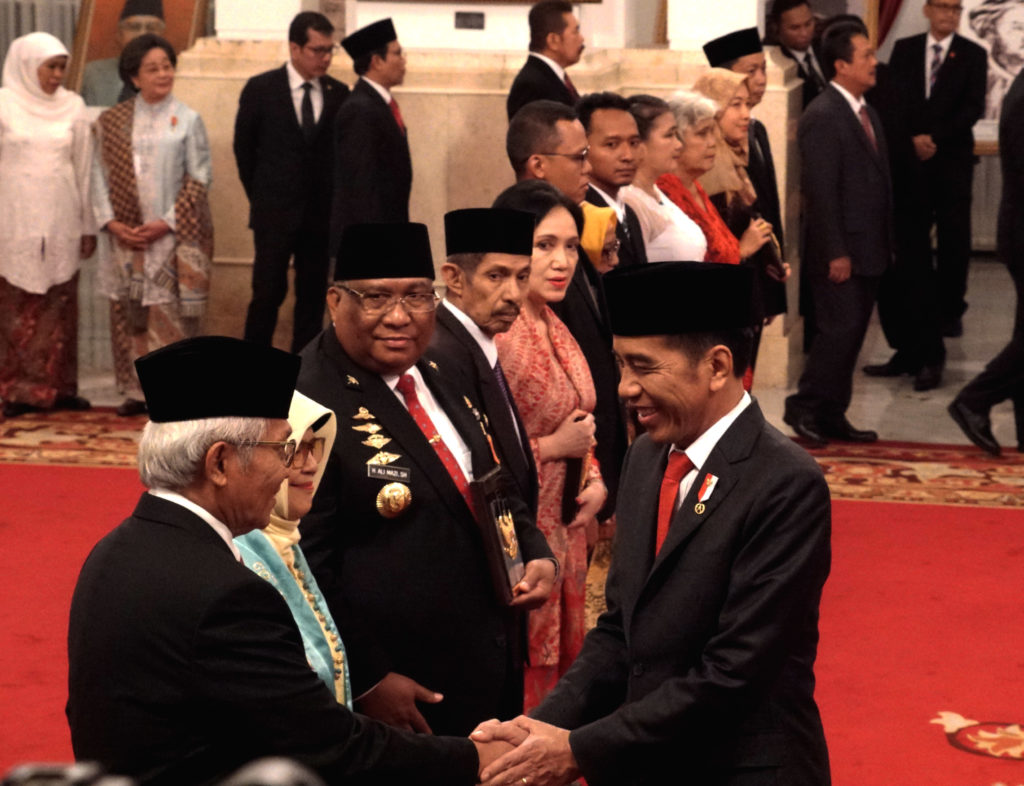 President Joko “Jokowi” Widodo on Friday (8/11) at the State Palace bestowed the titles of national hero on six national figures.

The conferment of titles was based on Presidential Decree of the Republic of Indonesia Number 120/TK of 2019 on the Awarding of the National Hero Title dated 7 November 2019.

The titles were presented to their heirs in an official ceremony on Friday, an event that was part of the National Heroes Day commemoration that falls on 10 November.

Among the six new national heroes are educational figures, journalists, and former Minister of Finance in the era of President Soekarno in the Presidential Cabinet.

Those six new national heroes are Rohana Kuddus from West Sumatra (an activist and a female journalist who fought for women’s rights, especially in the field of education), Sultan Himayatuddin Muhammad Saidi (also known as Oputa Yii Ko from Southeast Sulawesi, the King of Buton Sultanate in 1750s and a guerrilla fighter who opposed the Dutch colonialism in the Buton Sultanate), Prof. Dr. M. Sardjito (the founde and the first rector of Gadjah Mada University in 1950-1960 and the Indonesian Islamic University (UII) rector in 1961-1970), Prof. K.H. Abdul Kahar Mudzakkir (member the Agency for the Preparatory Work for Indonesian Independence (BPUPKI)), Alexander Andries Maramis (Minister of Finance during President Soekarno’s era in the Presidential Cabinet), and K.H. Masjkur (founder of the Sabilillah Foundation and the first Chair of the Malang Islamic University Foundation). (DID/EN)