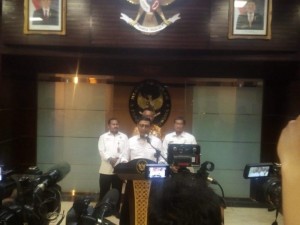 Coordinating Minister for Political, Legal, and Security Affairs Wiranto emphasized that the Government is still conducting an in-depth and comprehensive analysis regarding the release of Abu Bakar Ba’asyir, a 81-year-old convicted terrorist, from his imprisonment.

The Coordinating Minister explained that since 2017, Abu Bakar Ba’asyirs family has submitted a request for his release due to old age and deteriorating health and President Joko Widodo deeply understood the familys request.

But still it needs more comprehensive analysis from various aspects, such as ideology (Pancasila), the law, and so on. These measures are taken to avoid speculation that it may create in the public Wiranto said in a statement at the Office of the Coordinating Ministry for Political, Legal, and Security Affairs, Jakarta, Monday (21/1).

Earlier on the news spread that President Joko Widodo has decided to release Abu Bakar Baasyir from Gunung Sindur Prison in Bogor, West Java, despite him having several years left to serve in prison based on humanitarian reasons.

Abu Bakar Baasyir has been in prison for nine years after being sentenced to 15 years in 2011 since the court found him guilty of planning and funding a military training camp for terrorists/armed groups in Jantho Mountains, Aceh in 2010. (EN/PR of Coordinating Ministry of Political, Legal, and Security Affairs/ES)