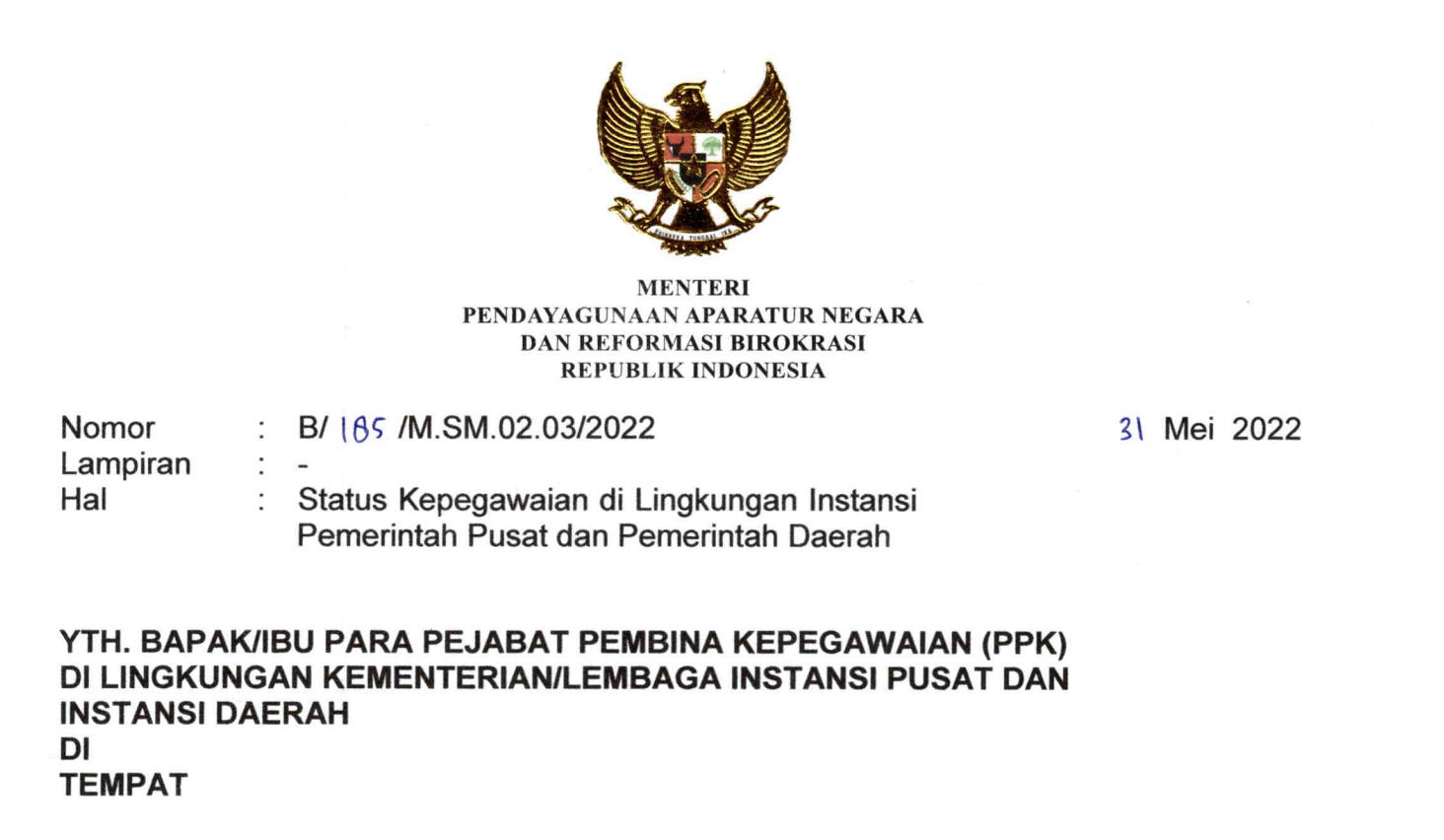 The statement was made through the letter of Minister of State Apparatus Empowerment and Bureaucratic Reform Number B/185/M.SM.02.03/2022 on Employment Status in Central Government Agencies and Regional Governments that was signed by Tjahjo on May 31, 2022.

“In order that Personnel Supervisor Officials formulate strategic measures for the settlement of non-ASN employees who do not meet the requirements or do not pass the civil servant (PNS) selection and contract-based government employees (PPPK) selection in accordance with the provisions of laws and regulations before the due date of November 28, 2023,” Tjahjo said as quoted from the Ministry’s official website, Friday (06/03).

According to Tjahjo, ministries/institutions and regional governments that require other personnel such as drivers, cleaners, and security workers, the recruitment can be done through third parties/outsourcing. “They may hire through outsourcing according to the needs,” he added.

The Government, Tjahjo continued, pays special attention to the settlement and handling of honorary personnel who have served in ministries/institutions and regional governments since it is a mandate from Law Number 5 of 2014 on State Civil Apparatus.

In addition, Article 96 paragraph (1) of Government Regulation Number 49 of 2018 on Contract-based Government Employees Management also states that non-ASN employees serving in ministries/institutions and regional governments can be appointed as PPPK if the requirements are met, within a maximum period of five years after the Government Regulation was promulgated.

Tjahjo further said that the Government Regulation provides status certainty for non-ASN employees to become ASN since ASN already has its own standard of income and is not based on the regional minimum wage/provincial minimum wage (UMR/UMP).

“As for the honorary personnel, their standard of income is not clear yet.” Tjahjo remarked. (PR of Ministry of State Apparatus Empowerment and Bureaucratic Reform/UN) (GWH/HD)