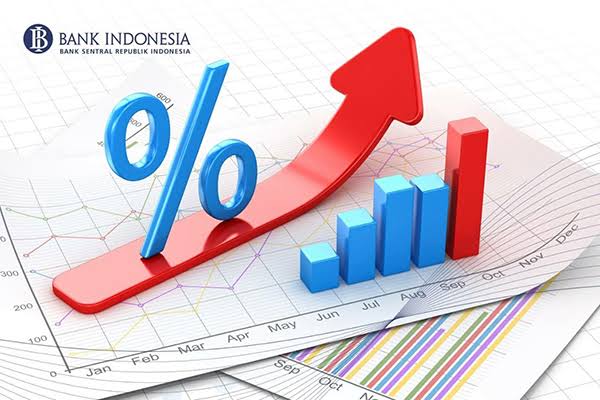 The Government has announced that the country’s economic recovery from the pandemic could start in the last quarter of this year and will speed up the recovery by next year, according to Minister of Finance Sri Mulyani Indrawati.

“Indonesia’s economic growth in the second and third quarters will face a slower growth scenario as the Government estimated that it will weigh down close to zero. In the second quarter, it is possible that our growth will fall to a negative level. However, we expect that the recovery could start in the third quarter,” Minister of Finance said after attending the Plenary Cabinet Meeting, Tuesday (14/4).

The Minister went on to say that the country’s economic growth will fall to 0% and 1.5% or even -2%. The recovery is expected to start in this year’s last quarter and will be accelerated by next year.

According to the Minister, the Government projects that the economic recovery will reach between 4.5% to 5.5% next year with consideration on the growth in the second quarter and the acceleration for handling the COVID-19 outbreak.

“We should understand the calculations before determining new projections. However, we hope the recovery could be carried out in this year’s third quarter and its acceleration in the fourth quarter,” Sri said.

With higher rates of poverty and unemployment, Sri continued, any measures in the short, medium, and long term strategies cannot be implemented yet.

“First, in the short-term measure, we will increase the Pre-employment Card budget from Rp10 trillion to Rp20 trillion, which will cover 5.6 million recipients affected by the coronavirus outbreak,” Sri stated.

The program, Sri continued, does not include the Social Security Provider Body for Employment (BPJS Ketenagakerjaan) fees from companies that will benefit laid-off workers, making the program acts as the safety net for unemployed workers.

Sri further said that Ministry of Public Works and Public Housing (PUPR) and several ministries/institutions to speed up cash-funded labor-intensive programs for people in rural areas.

“Ministrer of Public Works and Public Housing will make improvements to its allocation budget in order to create labor-intensive projects. In the property sector, we have improved its facility to the first facility,” Sri said.

On that occasion, Sri said that the budget will be reallocated to labor-intensive projects in 1,000 rural areas.

In the short term measure, Sri continued, the Village Fund will be used by all existing instruments as social aids for labor-intensive aims to reduce negative impacts due to layoffs.

“In the medium and long term measures, we will focus on improving the global business resilience as well as the attractiveness of the Indonesian economy,” the Minister said.

Sri also said that the Government will continue to focus on reducing the impacts of the pandemic so that Indonesia can be considered as one of the countries that have potential to attract any investments.

“For instance, Japan will relocate its companies from China to other countries. It is an opportunity,” the Minister added.

For that reason, the Government will take several measures to secure the country’s economy so that it will attract more investments or save companies in this severe situation.

“All sectors are affected by the pandemic. However, we will focus to deal with the current situation. The tax incentives will also be provided,” Sri said.

To date, Sri said that the Government still prioritizes the manufacturing industry. Coordinating Minister for Economic Affairs and Ministry of Finance have decided to make additional tax incentives to 11 other sectors outside the manufacturing sector.

“The additional tax incentives will include the transportation sector, the hotel sector, the trade sector, and other sectors affected. This will be announced immediately,” Sri added.

The tax incentives, Sri continued, in accordance with Article 21 regarding employee tax, relaxation through accelerated VAT refunds, and corporate tax deducted for 30 percent periodic payment. All of which are expected to provide resilience to companies in all 11 sectors which we considered to have negative impacts from the COVID-19 crisis.

“By providing this stimulus package, the business sectors are expected to survive during this pandemic,” the Minister said.

According to the Minister, omnibus law and various reforms could also save those sectors and attract new capital.

“This is what we will continue to improve so that Indonesia could pull back its economic activity. Therefore, poverty and unemployment can be returned to the decline track,” the Minister added.

On that occasion, the Minister also said that Regional Transfers and Village Funds (TKDD) this year has decreased due to an adjustment in tax revenue.

Sri further said that this year’s Regional Transfers and Village Funds will be dropped due to state income that was projected to decline by around 10 percent.

In a Circular Letter with Ministry of Home Affairs, Minister of Finance stated that each region’s Regional Transfers and Village Funds will be cut significantly for around Rp94 trillion.

“We will execute it carefully based on the current situation and the state budget as well as the conditions of each region since not all regions have good fiscal capacity,” the Minister said.

Sri said that the Central Government understands that the regional governments would face the pressure of locally generated income (PAD) that may go down.

Java Island’s PAD could drop to 40 percent, which is higher than other islands’ PAD since Jakarta is the epicenter of the COVID-19 outbreak.

“Therefore, the spending budget also should be adjusted. For instance, the spending on performance allowance and employee expenditures. There are regions that had a large income during the normal circumstances compared to that of the Central Government,” the Minister explained.

Furthermore, the Minister said that the budget received from transfers, PAD, good conditions so that the regions could pay its civil servants with extraordinarily higher performance allowance, but in this situation, the regional governments are expected to adjust the spending at least at the same level as the Central Government.

“Considering that it is one of those posts that can be saved without causing the regional civil servants to experience a very negative impact since the central performance allowance value is good enough,” Sri said.

Regarding regional funds reallocation, Sri said that it should be carried out from the goods and capital expenditures to be saved up to 50 percent, which is in line with a Circular Letter.

“It will depend on each Regional Revenues and Expenditures Budget and fiscal capacity. This is the President’s instruction to the regional governments to make the adjustments,” Sri said.

The savings, the Minister continued, aim to reduce spending and will be allocated for health issues, social aids, and business incentives.

“Thus, there will be mutual cooperation between the Central Government and regional governments to add spending on health issues, social safety net, and to help the business sector,” Sri said, added that Ministry of Finance will cooperate with Minister of Home Affairs to monitor certain regional governments.

The Minister said that the President noticed several regions that still doing business as usual.

“Their social spending has not gone up, goods purchases have still not changed as if the instruction has not reached the regions that they need to make the adjustment to the Regional Revenues and Expenditures Budget,” Sri said.

For the implications of delivering the COVID-19 pandemic national disaster, the Minister said that relevant ministries/institutions with the Financial Services Authority (OJK) will see the consequences of this national disaster status.

“Regarding foreign aids, all countries are helping one another. There are countries that provide in-kind assistance and Indonesia also helps other countries since Indonesia is one of the largest protective health equipment (APD) producing countries in the world,” the Minister stated.

According to the Minister, the Government will fulfill contracts with other countries without having to sacrifice the needs of our APD at home.

The Government has discussed the APD with South Korea and Japan. The discussion was held to meet the demands of other countries that do not have the APD manufacturing industry.

“For ventilators, which were announced yesterday that their property right can be waved. It will open up opportunities for industries to produce ventilators in accordance with health specifications,” the Minister concluded.