Gov’t Plans to Gradually Transition from Pandemic to Endemic 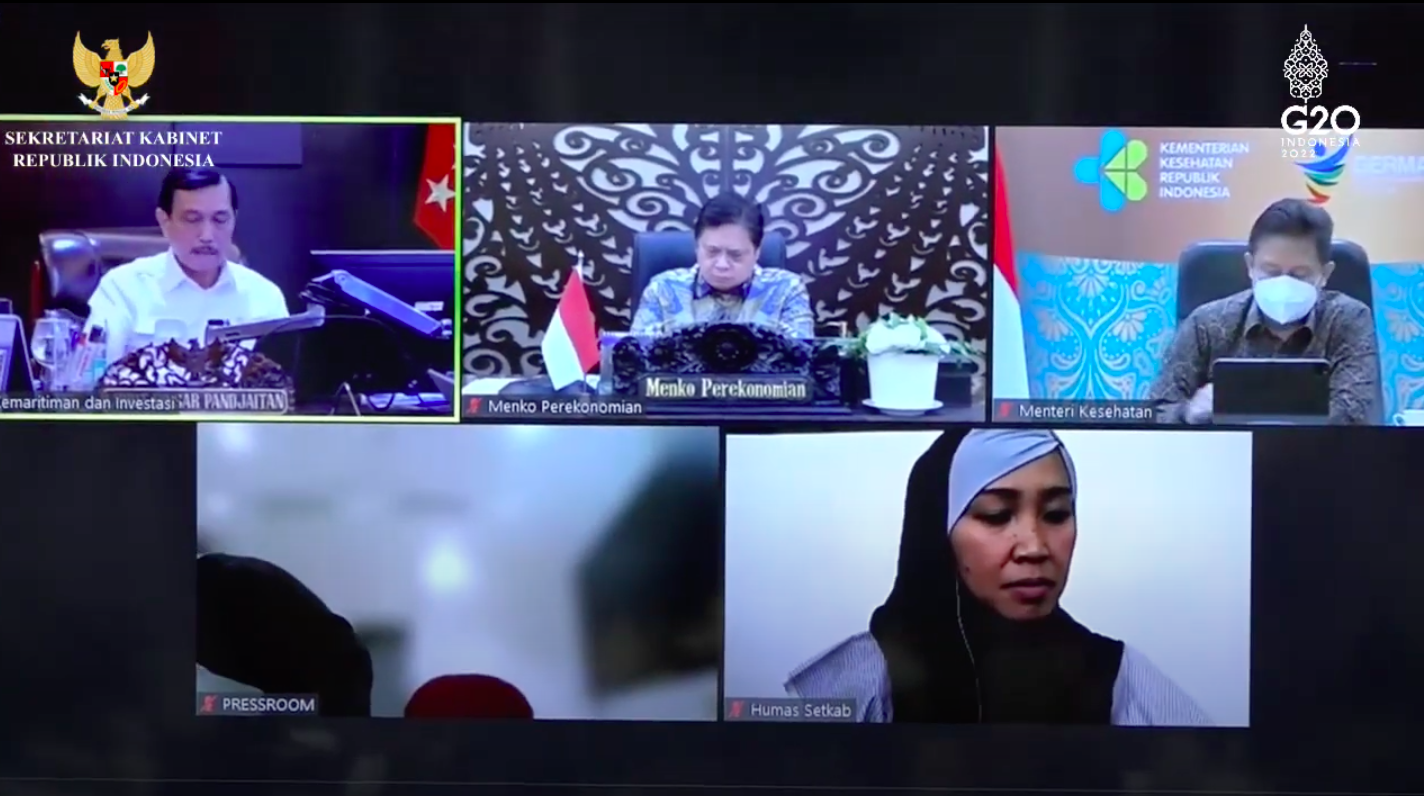 The Government will prioritize prudence in implementing transition policies from pandemic to endemic, Coordinating Minister for Maritime Affairs and Investment Luhut Binsar Pandjaitan has announced.

“The Government always learns from a number of countries to understand and analyze to determine the best measures and models for us to handle the pandemic by ourselves,” Luhut said in a press statement after attending the limited cabinet meeting on evaluation of public activity restrictions (PPKM) that was held virtually, Monday (02/21).

The Government will make a transition from pandemic to endemic gradually and continuously by considering health, economic, socio-cultural indicators, and take the input from stakeholders into consideration. “We will continue to evaluate the endemic status in the future,” he added.

Luhut further said that one of the main objectives that need to be done to make a smooth transition is to speed up the second and booster doses of vaccination, especially for the elderly.

“I urge the people who already have received complete vaccinations within a period of six months to immediately go to the vaccination sites,” the Minister said.

In addition, Luhut also said that based on PPKM assessment in Java and Bali islands, in this period there are a number of regencies/cities that are in Level 4 PPKM and there is an increase in areas that included in Level 3 PPKM, including Greater Solo and Greater Semarang. Meanwhile, the Greater Jakarta (Jabodetabek) agglomeration area, Bali, Special Region of Yogyakarta, Greater Bandung, Greater Surabaya, and Greater Malang are currently still at Level 3.

“The rise in the assessment level in these areas is due to the increase in hospitalization rates. The details on the regulation will be stated in the Instruction of Minister of Home Affairs which will be issued this afternoon,” the Minister remarked. (DND/UN) (GWH/MMB) War in Ukraine Must be Stopped: President Jokowi