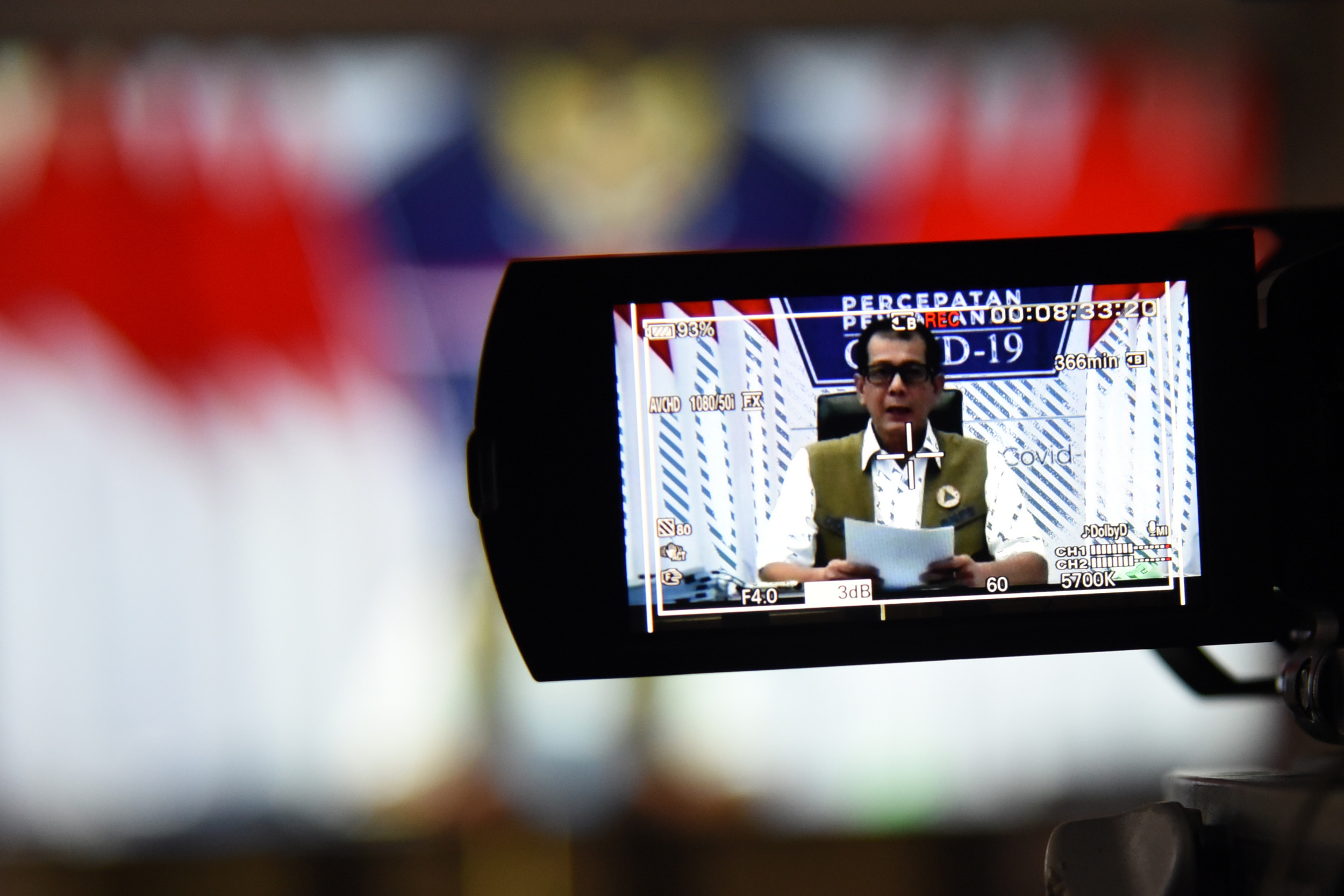 President Joko “Jokowi” Widodo has ordered related ministries and institutions to prepare points of debarkation for Indonesian Migrant Workers and crew ships to return to Indonesia, Head of the National Disaster Management Agency (BNPB), Doni Monardo, as Head of the Coronavirus (COVID-19) Rapid Task Force has said in a press statement.

Upon arrival, they will have health observation and be placed for isolation at that points of debarkation.

“Minister of Foreign Affairs has told me that 12,758 crew members of ships will return to the country. In addition, a total of 70,367 Indonesian Migrant Workers have returned to Indonesia,” he said after a Limited Meeting on Monday (4/5).

“In two weeks, 17 cruise ships will dock at Tanjung Priok Seaport and Benoa Seaport,” Doni said adding that all sides must remain vigilant since the repatriation might bring new potential for transmission of the virus.

In addition, the “tabligh Akbar” (Islamic mass gathering event) cluster in Gowa, cigarette factory which was identified as a new cluster of COVID-19 cases in Surabaya, and ‘mudik’ (annual exodus ahead of Eid al Fitr) travelers who broke the mudik ban might also increase the number of COVID-19 cases which just reduced to 11 percent nationwide.

Therefore, the Head of the Task Force called for cooperation among all elements of society both in Central and Regional Governments. He added that the Task Force has established units in provincial governments that are expected to undertake prevention, detection, and handling efforts.

“The President also instructed the Task Force to help the handling of COVID-19 cases in East Java so that it can be managed well given our experiences in handling the cases in Greater Jakarta,” he explained.

Also on that occasion, Doni once again reiterated the President’s instruction on mudik ban and remind the public not to break the ban because it risks their hometowns.

“Visiting the people we care for might be dangerous for them. Many people are not aware that they could be asymptomatic COVID-19 carriers and they can infect their love ones,” he said adding that elderly and those with chronic illness have higher risk of being infected and might lead to death.

Thus he asked the people not to participate in mudik if they care for the families in hometown.

Regarding collective leave for Eid 2020, the Presidential Chief of Staff will conduct a study to decide whether the collective leave will be replaced in conjunction with the Eid al-Adha holidays or to the end of the year.

“Pentahelix (involving various parties) model which was adopted by the Task Force must continue to be promoted to increase cooperation and unity during the PSBB and in the future,” he concluded his statement.  (TGH/EN)