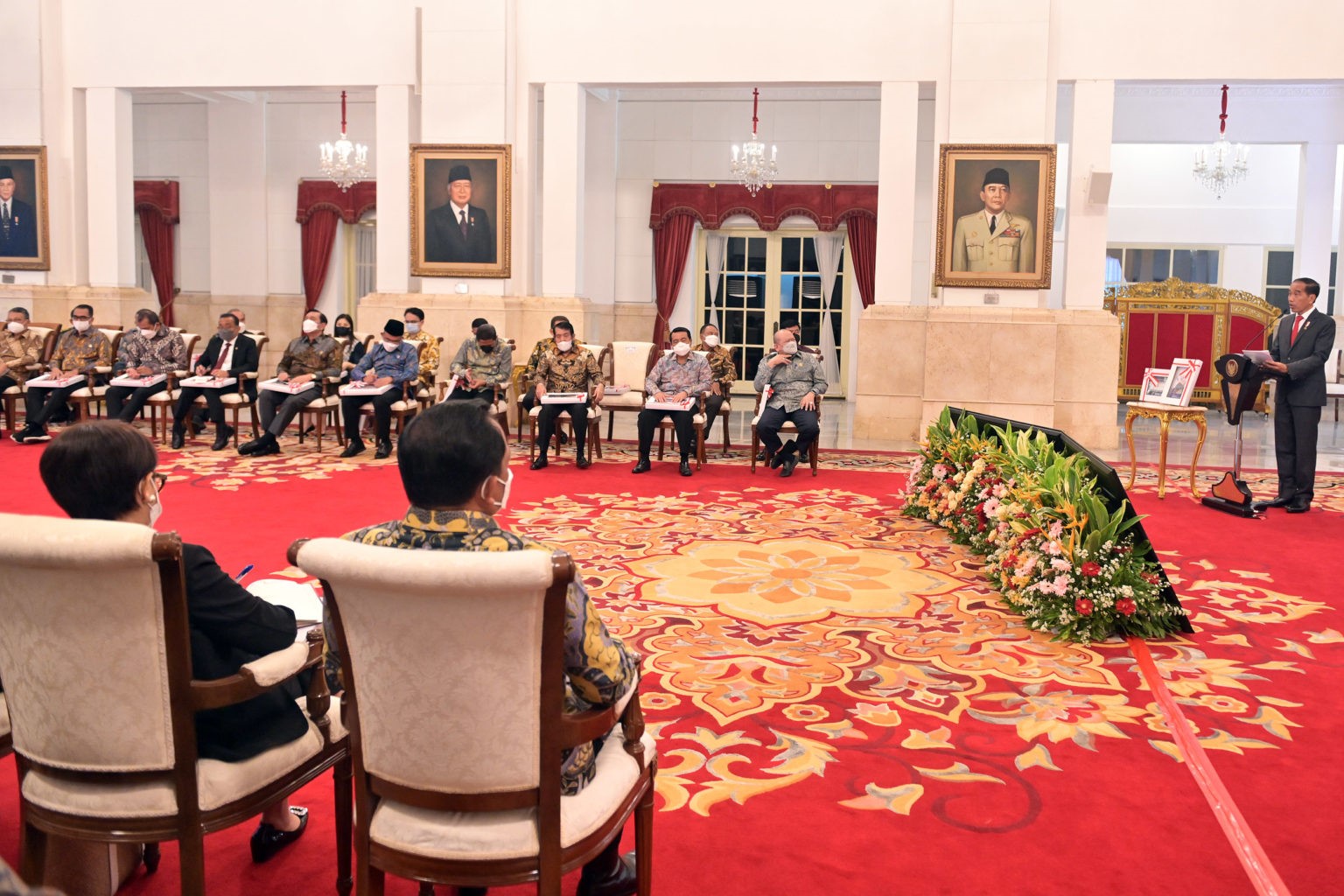 President Jokowi delivers remarks at Submission of the Budget Implementation List (DIPA) and List of Budget Allocations to Regional Governments and Village Funds (TKDD) for 2023 Fiscal Year, at the State Palace, Jakarta, Thursday (12/01). (Photo by: PR of Cabinet Secretariat/Rahmat)

In an attempt to face next year’s global economic conditions, President Joko “Jokowi” Widodo has urged all levels of government to remain optimistic and stay alert.

“All of us must have a sense of crisis. We should be prepared for all possibilities that might occur. We must be ready for the things we cannot predict and calculate. Not only able to survive, we also should be able to seize the opportunity,” the President said at Submission of the Budget Implementation List (DIPA) and List of Budget Allocations to Regional Governments and Village Funds (TKDD) for 2023 Fiscal Year, at the State Palace, Jakarta, Thursday (12/01).

On that occasion, the President expressed appreciation for the hard work of all relevant stakeholders in maintaining national economic stability amidst global economic turmoil.

“In the midst of global economic turbulence, alhamdulillah, our economy remains stable. In fact, Managing Director of the IMF said that Indonesia is a bright spot in a bleak world. This is our hard work,” he said.

According to the President, several indicators show an encouraging performance of the Indonesian economy this year.

“The inflation rate is still relatively under control at around 5 percent. I have been informed that it stood at 5.8 percent, lower than that of the average global inflation at above 10 percent. Some countries even reached more than 75 percent,” he explained.

“It is another thing we should be grateful for. But once again, I need to remind you that we still have to be vigilant. We still have to stay alert. Everyone must be aware of the current situation, especially global situation; the global economic situation is not normal, it is not in a good state,” the President remarked. (TGH/UN) (RIF/MMB)