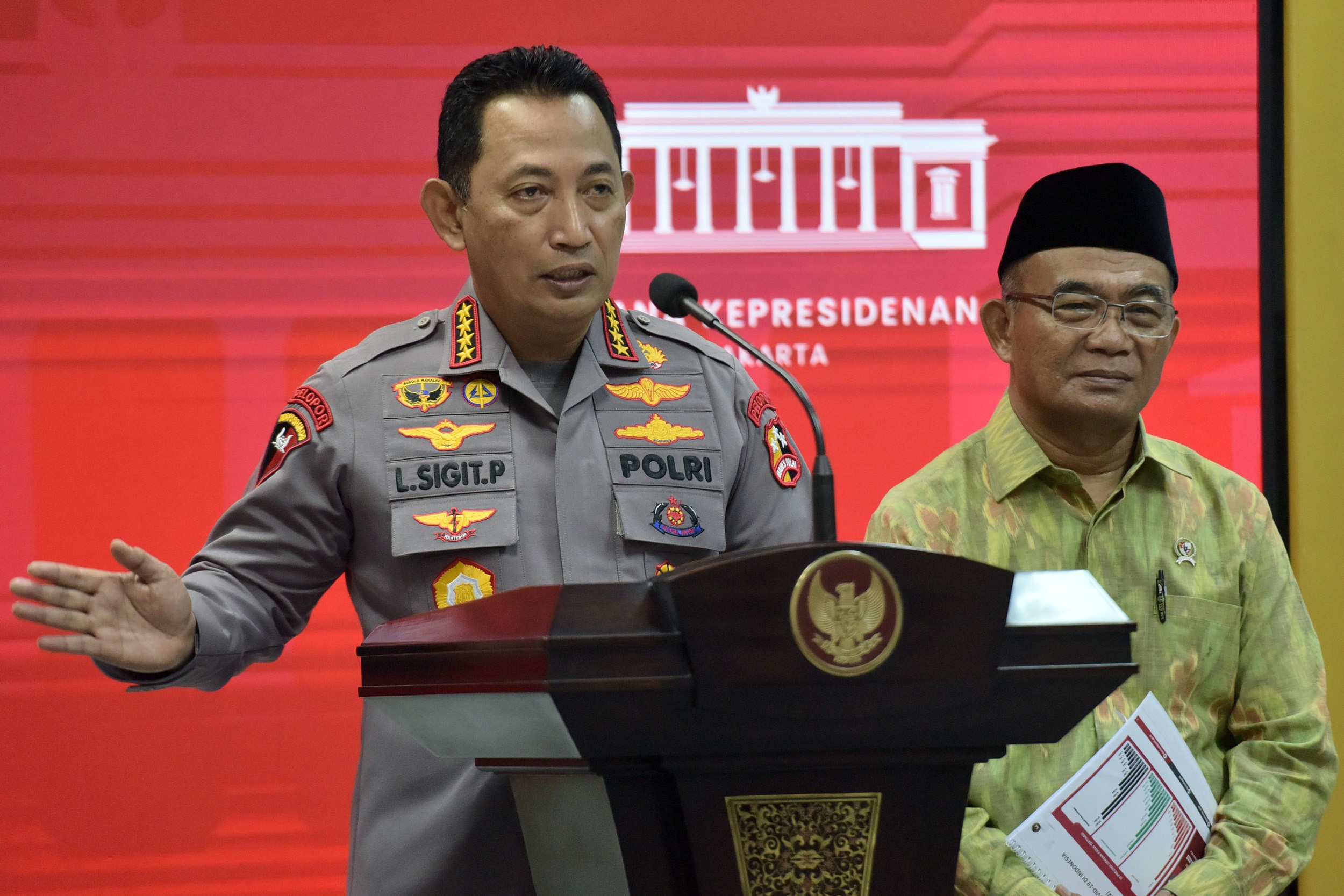 The Government is preparing a number of steps to ensure safe, smooth implementation of this year’s Christmas and New Year 2023 celebration.

“In accordance with the President’s instructions regarding preparations for the Christmas and New Year holiday, he ordered us to ensure that all events related to both activities must all be carried out smoothly, safely and properly,” said the National Police Chief General Listyo Sigit Prabowo in his press statement after attending a limited meeting led by President Joko “Jokowi” Widodo Monday (12/19) in Jakarta.

Sigit emphasized that the Government had prepared traffic arrangements, both on land, sea and air routes to anticipate the density of traffic and people movement.

“Especially for land routes, the experience during last Eid al-Fitr is certainly a very good one and we already have measures to take related to how to manage the traffic. This means that when the situation is very congested, especially on toll roads, we will apply similar measures, such as contra flow to one way,” he said.

Sigit added that the National Police (Polri) will coordinate with other stakeholders, especially Ministry of Transportation and state-owned toll road operator Jasa Marga in implementing the policy.

“We will provide information to the public in advance, either through radio channels, TV channels, or information channels so that the public will certainly be ready and not disturbed by the policy that we are carrying out on the ground,” he added.

Sigit said that the Polri will also make arrangements to ensure the smooth distribution of basic commodities and fuel oil for Christmas and New Year’s needs.

“The Government continues to control the prices of staple food so that it remains under control, including policies that continue to be carried out between the Central Government, regional governments, and the TNI-Polri to oversee the distribution of basic necessities,” he said.

“For the whole series of security activities, we involve approximately 166,791 personnel, consisting of 101,000 Police personnel; 23,000 TNI personnel, and the rest are from all relevant stakeholders,” he said, adding that there are approximately 56,636 security objects, consisting of churches, shopping centers, terminals, train stations, seaports, airports, tourist attractions, and other objects as center for the New Year’s celebration.

“In securing places of worship, we also work closely with the TNI, regional governments, and community organizations,” he added. (TGH/UN) (EST/MUR)