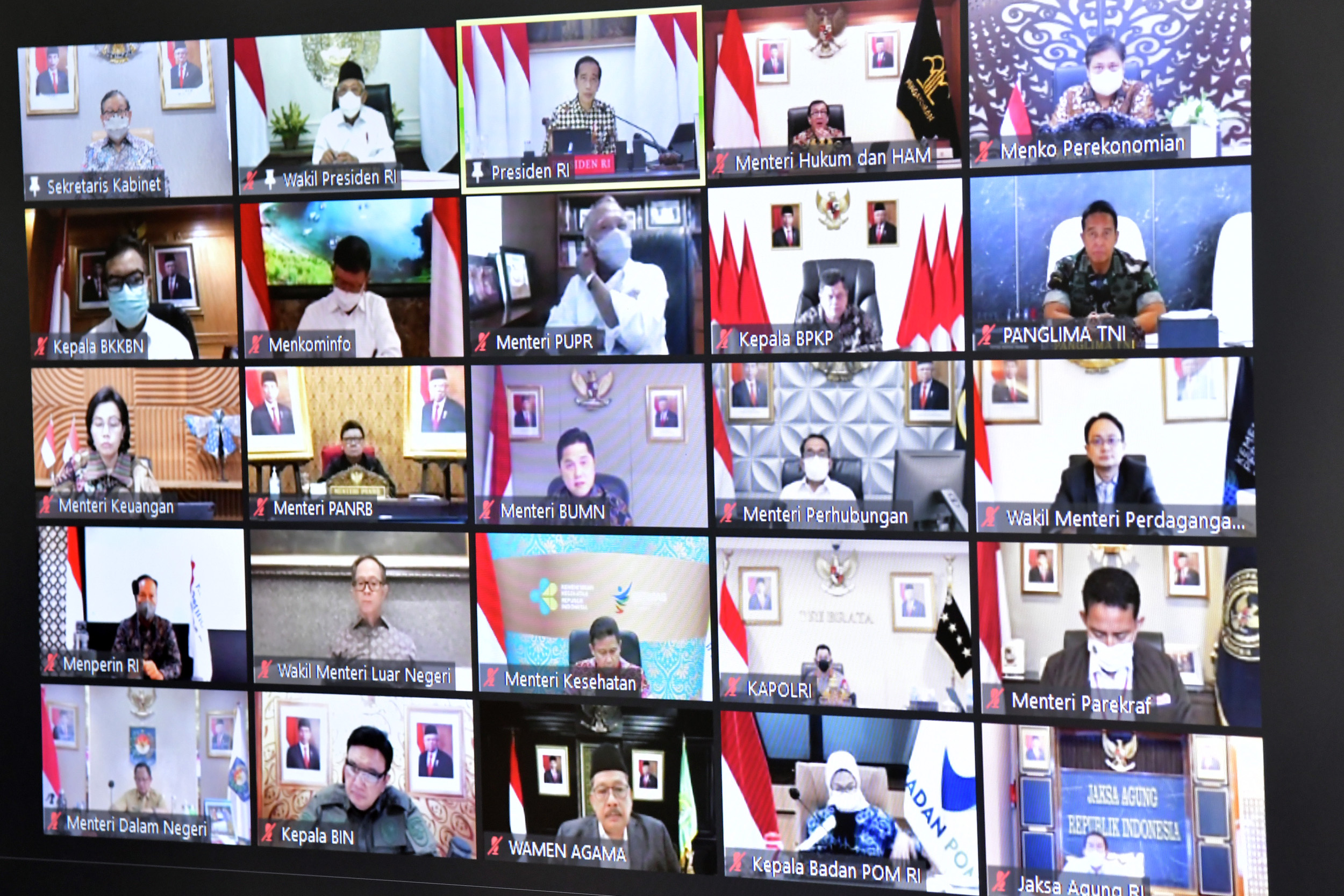 The Government continues to closely monitor the development of COVID-19 cases to anticipate a spike in cases due to the Omicron variant which has currently been detected in around 90 countries including Indonesia, Coordinating Minister for Maritime Affairs and Investment Luhut Binsar Pandjaitan has said.

According to him, Indonesia’s response to the Omicron variant is still quite good.

“Regarding the development of the Omicron case in Indonesia, the Government informs that COVID-19 cases in the country are still at a low level following the first Omicron case in Indonesia,” said Luhut in a press statement after a limited meeting on Evaluation of the Implementation of Public Activity Restrictions (PPKM), Monday (20/12), virtually.

Although COVID-19 cases are still under control at a low level, the Coordinating Minister emphasized that the Government will continue to use the PPKM level as the basis for limiting public activities. In addition, the Government is also preparing scenarios to deal with the possibility of a spike in cases due to the Omicron variant.

“We use a threshold of 10 cases per million population per day or the equivalent of 2,700 cases per day. We will start tightening (the PPKM) when the cases exceed 500 and 1,000 cases per day. Further tightening will be carried out when the level of hospital care and the national and provincial mortality rates approach the threshold level 2,” he explained.

The Government, he added, also continues to closely monitor the movement of people in tourist spots which show a significant increase ahead of Christmas and New Year.

“The Government continues to be aware of this by encouraging all regional governments and the regional leaders’ coordination forum (Forkopimda) to monitor the PeduliLindungi implementation policy, which is currently decreasing at the level of 74 percent in the Java and Bali districts. The regional governments and the Forkopimda also continue to encourage the tracing activity,” he said.

In addition, the Government also continues to encourage vaccination coverage, especially in areas where the achievement of the first dose is still below 50 percent.

On that occasion, Luhut appealed to the public not to travel abroad in the midst of the global spread of Omicron variant.

“The Government urges the public not to travel abroad because of the seriousness of the current situation regarding Omicron around the world,” he said.

The Government, he added, has also tightened international arrival gates by land, sea and air.

“The Government is seriously considering to add the quarantine period to fourteen days if the Omicron variant is more widespread. So, I urge everyone to hold back, we don’t want to have such a tense period as in last July,” he said.

In a bid to anticipate the surge in foreign travellers arriving in Indonesia, the Government has also prepared new quarantine places to maintain conditions according to existing health protocols.

Closing his statement, Luhut explained that the Government added the list of countries that were temporarily banned from entering Indonesia. Previously, there were 11 countries that were currently banned, namely South Africa, Botswana, Angola, Zambia, Zimbabwe, Malawi, Mozambique, Namibia, Eswatinie, Lesotho, and Hong Kong. Indonesian citizens from these countries can still enter Indonesia by quarantine for fourteen days.

“Following current developments, the Government will add the United Kingdom, Norway and Denmark, and remove Hong Kong from the list considering the rapid spread of Omicron cases in the three countries,” he said.

Luhut emphasized that the list of countries will continue to be evaluated based on the development of cases in each country. (FID/UN) (EST/LW)