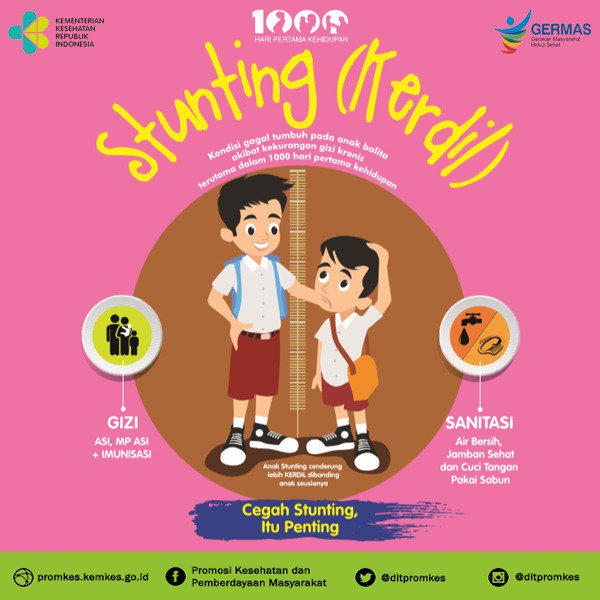 Coordinating Ministry for Human Development and Culture as the leading Government agency to handle stunting cases has announced measures to reduce stunting cases in Southwest Sumba District in the eastern Indonesian province of East Nusa Tenggara.

For the record, the district is listed in the 100 priority districts for handling stunting as babies and toddlers who suffer from malnutrition to stunting remain rampant.

“The Government is taking measures to accelerate the handling of stunting in Southwest Sumba Regency and to improve welfare in the region,” said Coordinating Minister for Human Development and Culture Muhadjir Effendy.

According to the Minister, sanitation, vaccination, and water supply are the main problems leading to stunting in the district.

Therefore, ministries and institutions need to be in synergy in dealing with the issue, he added.

“To treat stunting, it is necessary for us to focus on sanitation, basic vaccination, family planning, supply of clean water, and others. Therefore, it requires coordination and synergy between ministries and related institutions in program implementation and budget efficiency to tackle this problem,” he explained.

In addition, Muhadjir also pointed out that the problem of stunting is very closely related to problems in the family; therefore, education and dissemination to families regarding child nutrition are also pivotal.

He went on to say that the National Population and Family Planning Board (BKKBN) will lead this project, along with involvement of community leaders so that the dissemination can be carried out optimally.

Muhadjir also expressed hope that measures to tackle stunting handling initiated by the Central Government in Southwest Sumba Regency will be successful and will set as an example for similar issue in other regions.

“The Government hopes the program for handling malnutrition and stunting can be carried out properly. Afterwards, we can formulate a model and replicate it in other regions,” Muhadjir said.