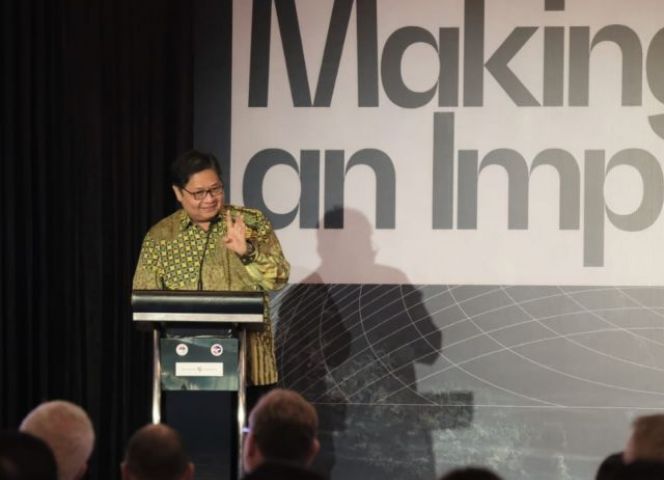 The Government will increase economic growth through structural transformation to strengthen domestic demand and international trade performance, maintain macroeconomic stability by retaining domestic prices and exchange rates at a stable and competitive level and increase inclusiveness and a sustainable economy.

On the supply side, economic growth is expected to be supported by the industrial sector, which will increase between 5.0-5.5%.

Meanwhile, unemployment rate is expected to decrease to 4.8-5.0%, coupled with a reduction in the poverty rate within the range of 8.5-9.0%.

In the meantime, on investment, Airlangga said that the Government will optimize the Online Single Submission (OSS) system, increase the effectiveness of the Investment Acceleration Task Force, relax the Negative Investment List (DNI), and approve investment priority sectors.

The implementation of tax holiday and super deduction tax, as well as the development of the National Strategic Project (PSN), Special Economic Zones (KEK), and Industrial Estates, will also become prioritized policies, he added.

On the macro side, the Indonesian economy is still growing in quality amidst global economic uncertainty and the economic growth is also accompanied by a drop in unemployment rate, poverty rate, and Gini ratio.

“Compared to our neighbors in ASEAN, Indonesia is projected to have better growth in 2019,” Airlangga said.

For the record, economic stability brings a positive impact on investment attractiveness. The capital and financial account, based on data from Bank Indonesia, recorded a surplus of US$7.6 billion in the third quarter of 2019, supported by inflows of direct investment and portfolio investment.

Accordingly, Indonesia’s balance of payments recorded a controlled deficit of US$46 million in the third quarter, far below the deficit in the second quarter of 2019 at US$2 billion.

The performance of the balance of payments is also supported by the current account deficit, which is maintained at 2.7% of the Gross Domestic Product (GDP).

Data from the Investment Coordinating Board (BKPM) also shows that investment performance is maintained. Investment realization figures for Domestic Direct Investment (DDI) and Foreign Direct Investment (FDI) in the third quarter of 2019 reached Rp205.7 trillion, an increase of 18.5% compared to that in the same period last year, meaning that fundamentally  economic conditions are quite robust and stable, notably in responding to the recent global economic turmoil. (Coordinating Minister for the Economy PR/ES)