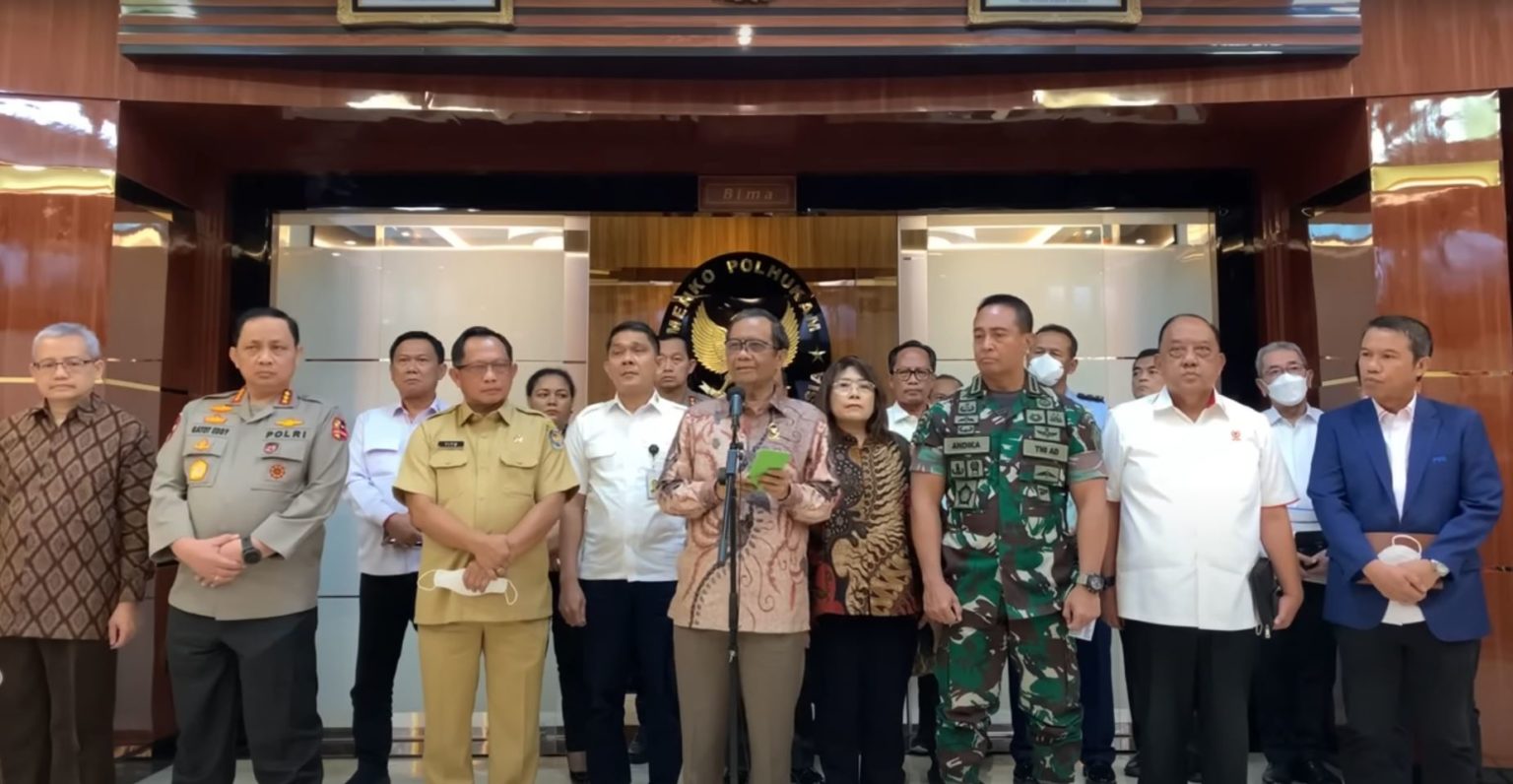 Following a deadly incident at Kanjuruhan stadium in the East Java city of Malang, the Government has announced it will provide compensation worth Rp50 million to victims who were killed in the incident.

“The President will provide compensation for each victim worth Rp50 million that will be available in a day or two,” said Coordinating Minister for Political, Legal and Security Affairs Mahfud MD in Jakarta, Monday (10/03).

According to the Minister, the compensation will be distributed immediately after the Government matches the administrative data with the regional government and other related institutions.

“The compensation represents the empathy and the presence of the state,” Mahfud said, adding that as for the injured victims, Ministry of Health will cover the treatment costs.

Mahfud also announced measures taken by the Government to follow up on the incident.

“Within the next two or three days, the National Police will announce measures to control and enforce the law, including enforcement of discipline to police officers in the area where the incident occurred, as well as controlling (and) determining the status of suspects for the perpetrators of the riot after obtaining two evidence,” Mahfud said.

Meanwhile, the Indonesian Defense Forces Commander said it will impose sanctions and legal process for its personnel involved in excessive and unauthorized actions.

“The PSSI (the Indonesian Football Association) leader also needs to take firm actions against executors who have been negligent and caused the tragedy,” Mahfud added.

The Government has also set up an Independent Joint Fact Finding Team for the case helmed by Coordinating Minister for Political, Legal and Security Affairs.

“This team works within two weeks to a maximum of one month with the results of the investigation and recommendations to be submitted to the President,” Mahfud said, adding that there will also be a thorough evaluation of the security procedures for the implementation of the match.

For the record, President Joko “Jokowi” Widodo has previously ordered the PSSI to temporarily suspend Liga 1 until evaluation and improvement of security procedures are carried out.

“Minister of Youth and Sports has invited leaders of the PSSI, the KONI (the Indonesian National Sports Committee), all regional executive committees, club owners, and others, to ensure the enforcement of the match regulations, both those determined by the FIFA and those regulated in the national legislation. They must conduct a thorough evaluation before organizing future competitions,” he remarked. (AIT/JW/UN) (EST/EP)
Latest News