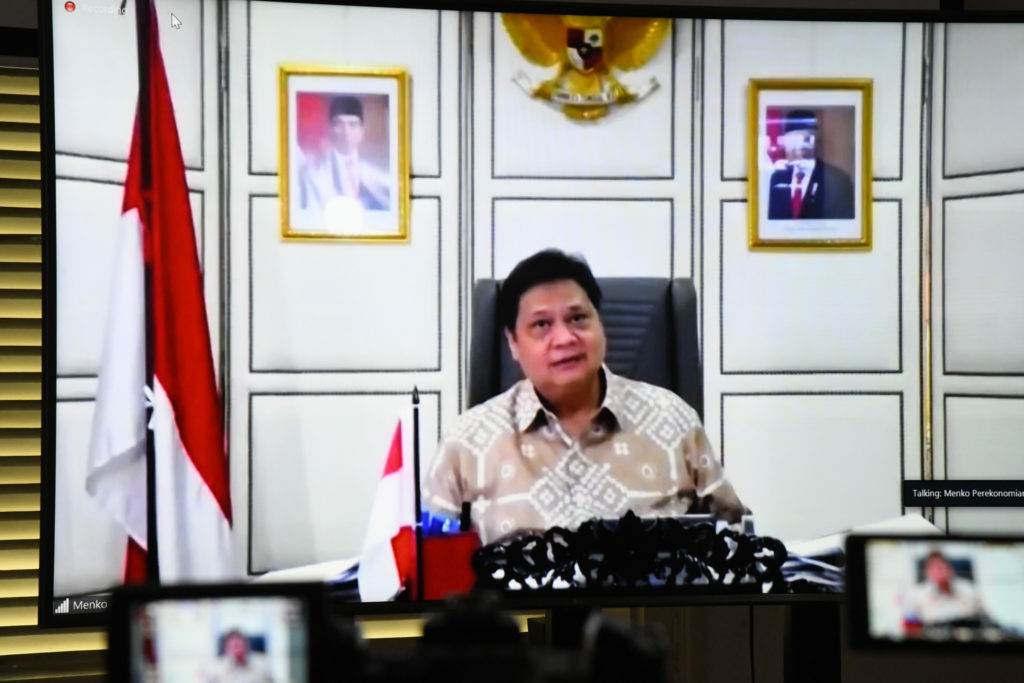 The Government to provide interest subsidy for real sectors of the economy that are highly affected by the COVID-19 pandemic, according to Coordinating Minister for Economic Affairs Airlangga Hartarto.

“Restaurant and tourism sector are among the hardest hit by the pandemic, their year-on-year earnings continue to decline to 70 percent, while year-on-year earnings of other sectors only declined to 22 percent. Nevertheless, other sectors such as rubber industry, staple food industry, pharmaceutical industry, health sector, and vegetable oil industry still recorded positive growth,” the Coordinating Minister said in a press statement after a Limited Meeting, Wednesday (29/4).

The Coordinating Minister went on to say that interest rate of loan which worth up to Rp10 billion, as well as loan granted to Ultra Micro (UMi), the Fostering of Economy of the Prosperous Family (Mekaar) programs, and through state-owned pawnshop PT Pegadaian will be six percent for six months.

“For those have not registered in the banking and micro financial database system can register in the Agency for Revolving Fund Management for Cooperatives and Small and Medium Enterprises (LPDB), or in agencies overseeing the UMi, Mekaar, and state capital injections (PMN) programs,” he explained.

He further said that the Government will expand the KUR to three million new debtors and will also increase the recipients of UMi program by 550,000 people.

On that occasion, the Coordinating Minister asserted that the Government will calculate budget for working capital loan program. The Government will review those eligible for the loan and prepare the disbursement.

According to the Coordinating Minister, the Government will involve two state-run loan guarantors PT Jamkrindo and Askrindo as the guarantor system for working capital loan.

“The President expect this can be finalized soon since it will become the basis of policy in securing the economic sector,” he said adding that the program will prioritize small business affected by the pandemic. (FID/EN)