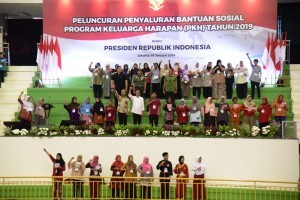 The Government has increased budget for the Aspiring Family Program (PKH) in 2019 to Rp32 trillion with the number of recipients now reaching 10 million families.

The Government is really committed to improving the welfare of the recipients, the President said at the launching of the 2019 PKH Social Assistance, at the Ciracas Sports Center (GOR), East Jakarta, Thursday (10/1).

The President also reminded the PKH recipients to spend the money wisely and to spend it for productive things, such as food, books, school uniforms, and shoes. 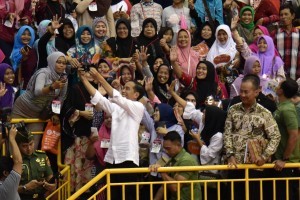 As the PKH money is sourced from the State Budget, President Jokowi also reminded the recipients that under the 2015 agreement, their PKH card will be revoked if they are proven to misuse the money. (RSF/OJI/ES)