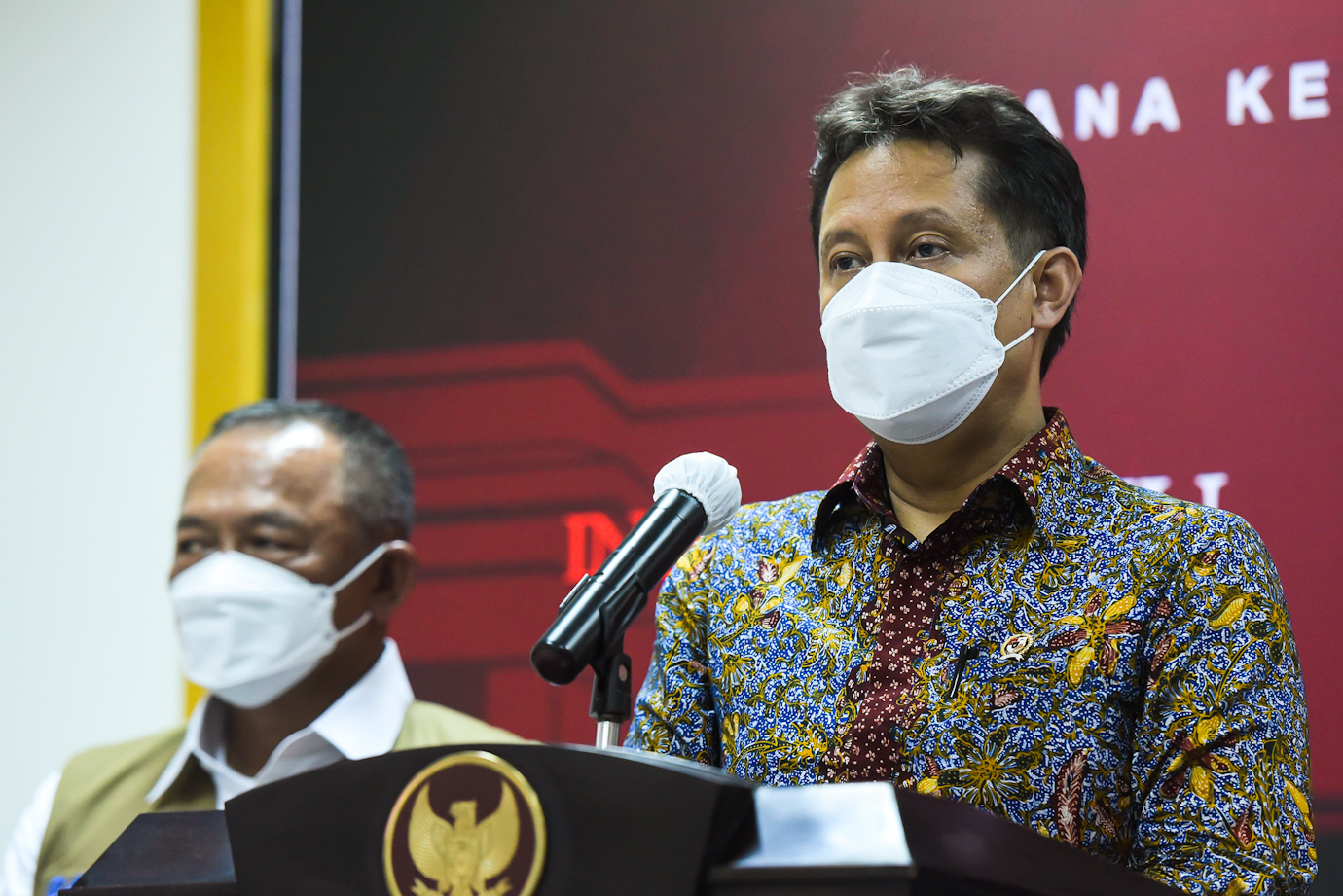 Minister of Health Budi Gunadi Sadikin delivers a statement in a press conference after a Limited Cabinet Meeting in Jakarta, Monday (31/05). Photo by: PR/Agung.

“There has been an increase [in COVID-19 active cases], although the number is still far below the number reported at the beginning of the year which was approximately 170,000 (active cases),” Budi said in a press conference after a Limited Cabinet Meeting in Jakarta, Monday (31/05).

The Minister explained that during the meeting he reported that the increasing number of active cases would reach its peak in five to seven weeks after the long holiday period. In response to the report, President Joko “Jokowi” Widodo had ordered relevant stakeholders to ensure readiness in dealing with the surge.

“We have prepared all hospitals and the medicines. The President’s directive is to ensure that all regions continue to maintain self-discipline in observing health protocols,” he said.

Budi went on to say that there is also an increasing number of the patients treated at the hospital.

Budi said that the bed occupancy rate is not evenly distributed in each region, and there are several regions that have a relatively higher occupancy rate than the national average.

In the Limited Cabinet Meeting, President Jokowi also paid attention to the surge in COVID-19 cases that occurred in Kudus, Central Java province. Budi said that Ministry of Health had followed up on the increased number of cases and hospitalized patients in the area.

“We have also asked for the sample for genome sequencing to mitigate the possibility that the surge in Kudus is caused by a new mutation,” Budi said.

The Minister further said that in a bid to reduce the spread of COVID-19 cases in the Kudus area, the Government continues to intensify the implementation of micro-scale restriction (PPKM Mikro).

“Our message to areas with high COVID-19 cases, including Kudus, is to maintain self-discipline in wearing face masks, washing hands, and maintaining safe distance,” he concluded. (TGH/UN) (RI/MMB)