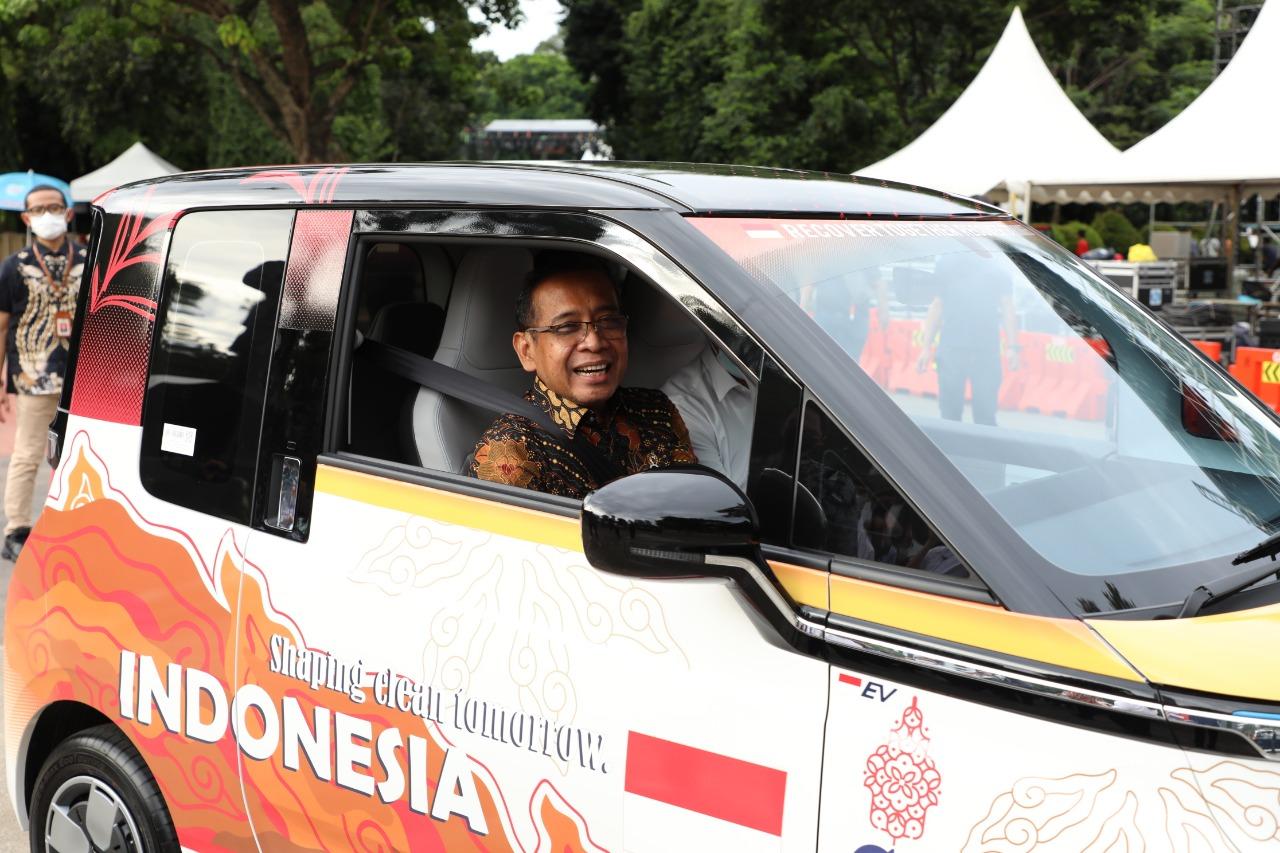 Minister of State Secretary Pratikno Wednesday (10/26) symbolically received 300 electric cars from Wuling Motors to support the convening of the G20 Summit, which will be held in Bali next month.

“On behalf of the Indonesian Government, I’d like to thank to Wuling Motors for the support for this will be an important step to strengthen electric car ecosystem in Indonesia,” Pratikno said after the handover at the Gelora Bung Karno stadium complex in Jakarta.

Pratikno also stated that the use of electric vehicles at the G20 event in Bali can serve as a momentum to build the country’s commitment to realizing clean energy.

“At the same time, it will strengthen electric car industry (in the country) so that Indonesia becomes the largest electric car manufacturer, especially in Southeast Asia,” he remarked.

For the record, Ministry of State Secretariat and Wuling Motors on March 28, 2022 signed a cooperation agreement related to the preparation of 300 Air EV (216 units of long range and 84 units of standard range) for the national committee and delegates’ vehicles.

The Government has also received support in the forms of143 vehicles from PT Toyota-Astra Motor on Wednesday (10/19), consisting of 41 units of Toyota BZ4X and 102 units of Lexus UX 300e. (Ministry of State Secretariat PR/UN) (GWH/EP)