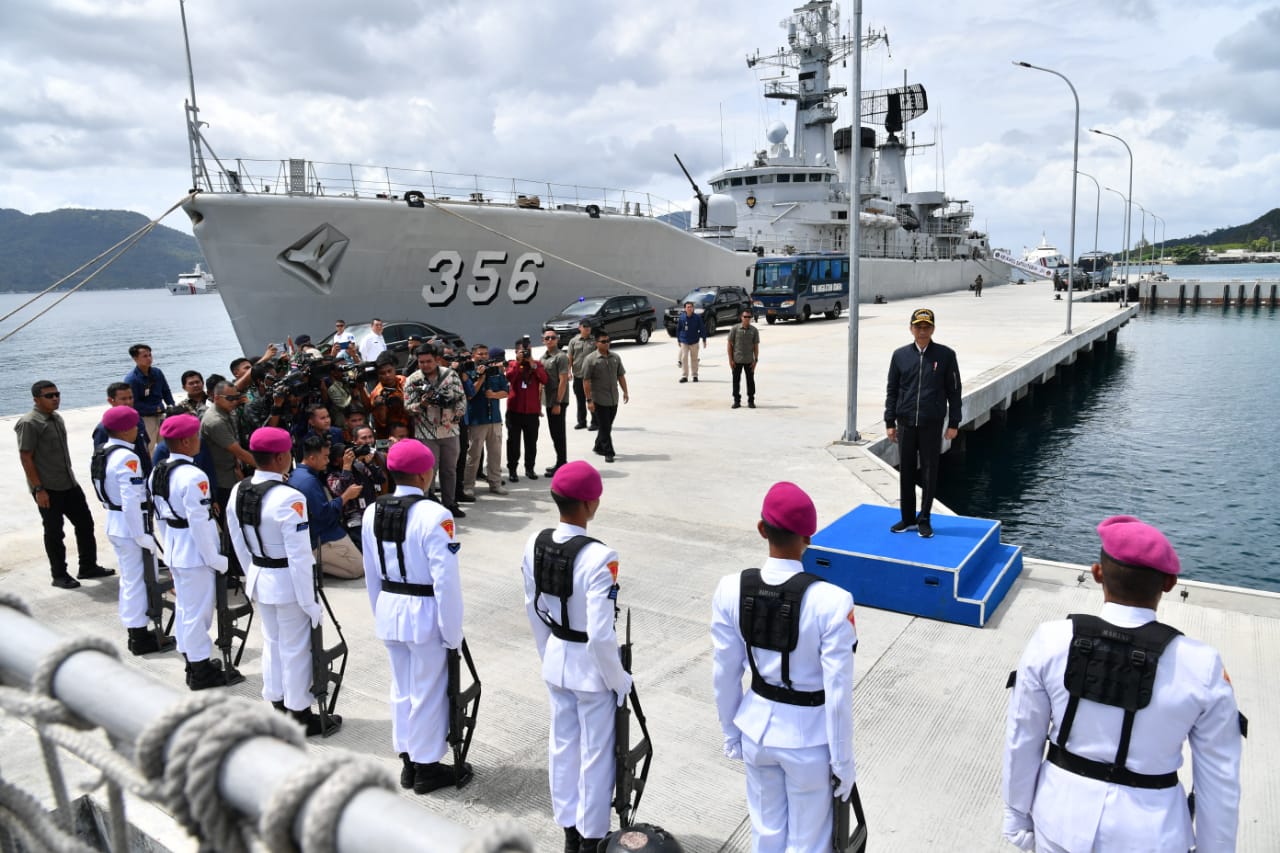 “I am here to ensure law enforcement of our sovereignty over Indonesia’s marine wealth and natural resources within the exclusive economic zone (EEZ). The Navy and the Marine Security Agency are also here to enforce the law,” President Jokowi said when inspecting two warships deployed in the area.

For the record, Indonesia and China have over the past two weeks been involved in a diplomatic spat due to China’s movement along the Natuna water. Chinese fishing vessels remained in the area, which China claims as its “traditional fishing grounds”.

President Jokowi said that foreign vessels can pass the EEZ area peacefully. However, he asserted that Indonesia owns rights over natural resources in the area; thus, any foreign vessels entering or fishing in the zone illegally will be captured or expelled. (BPMI/ES)