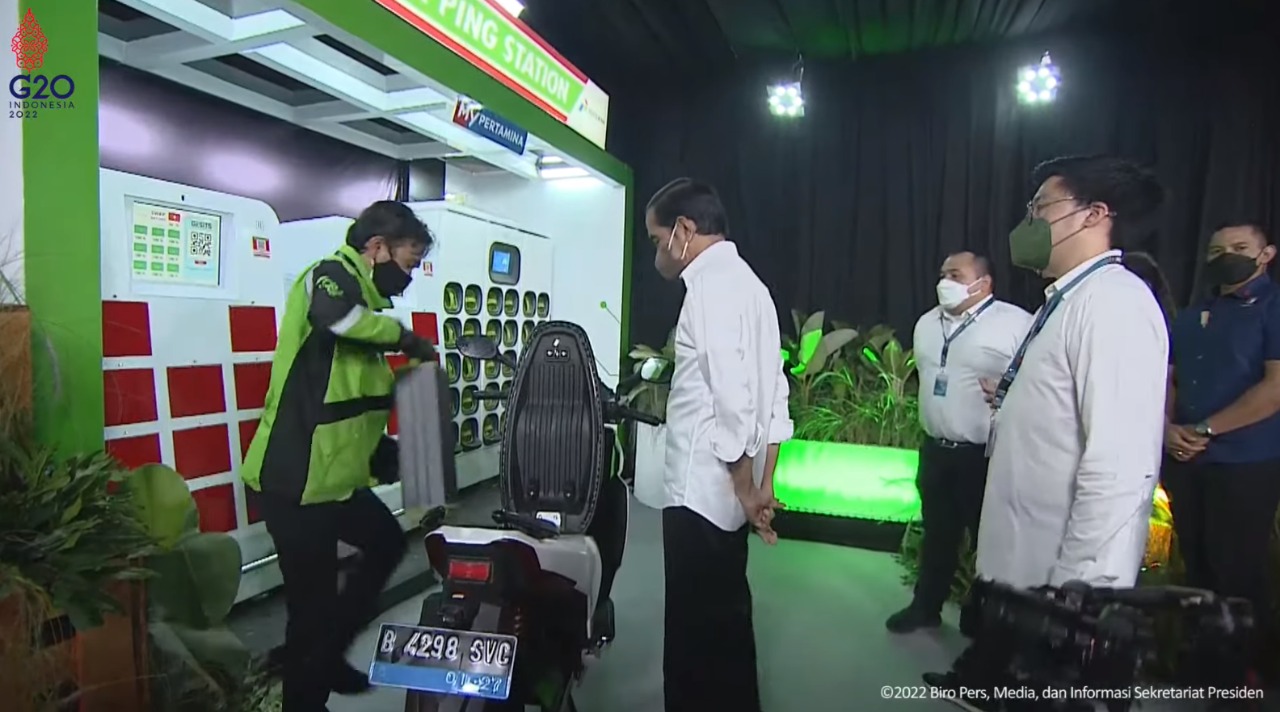 “The Government is very serious about transitioning to new and renewable energy, including electric vehicles (EVs),” the President said at the launching of the EV ecosystem at MT. Haryono gas station in Jakarta.

The event is a form of collaboration between SOEs and private sector to speed up the realization of an integrated EV ecosystem in Indonesia.

This initiative is also in line with the priority issues brought by the Government at the G20 Summit, one of which is related to a sustainable energy transition, including accelerating development of the EV ecosystem.

“I truly appreciate the courage of the companies I previously mentioned, the CEOs, to enter from upstream to downstream, to start establishing an EV ecosystem,” the President said.

This ecosystem, the President said, is expected to play role in realizing Indonesia’s carbon emission target of 29 percent in 2030 and net zero-emission in 2060.

With the support of the EV ecosystem from upstream to downstream, the President expressed optimism that Indonesia will be able to compete as a producer of EVs, whch will not only be used domestically but also for export.

“We hope Indonesia will truly dominate and become a producer of EVs. We have set a target that in 2025, two million EVs are to be used by Indonesians and we will continue to the export market,” he said.

The President also expressed hope that the construction of electric battery factory can be completed soon so that it can produce in large capacities.

“We already have vehicles such as Wika-Gesits. The production capacity will also be increased maybe in collaboration with companies from Taiwan, such as Gogoro, so that the EV ecosystem can be truly developed and is ready to compete with other countries,” he stated.

“I believe this kind of managing process is what vehicle users would want.  It will attract everyone’s interest to get into EVs because they are cheaper and most importantly do not cause pollution,” he remarked. (FID/UN) (FI/EP)