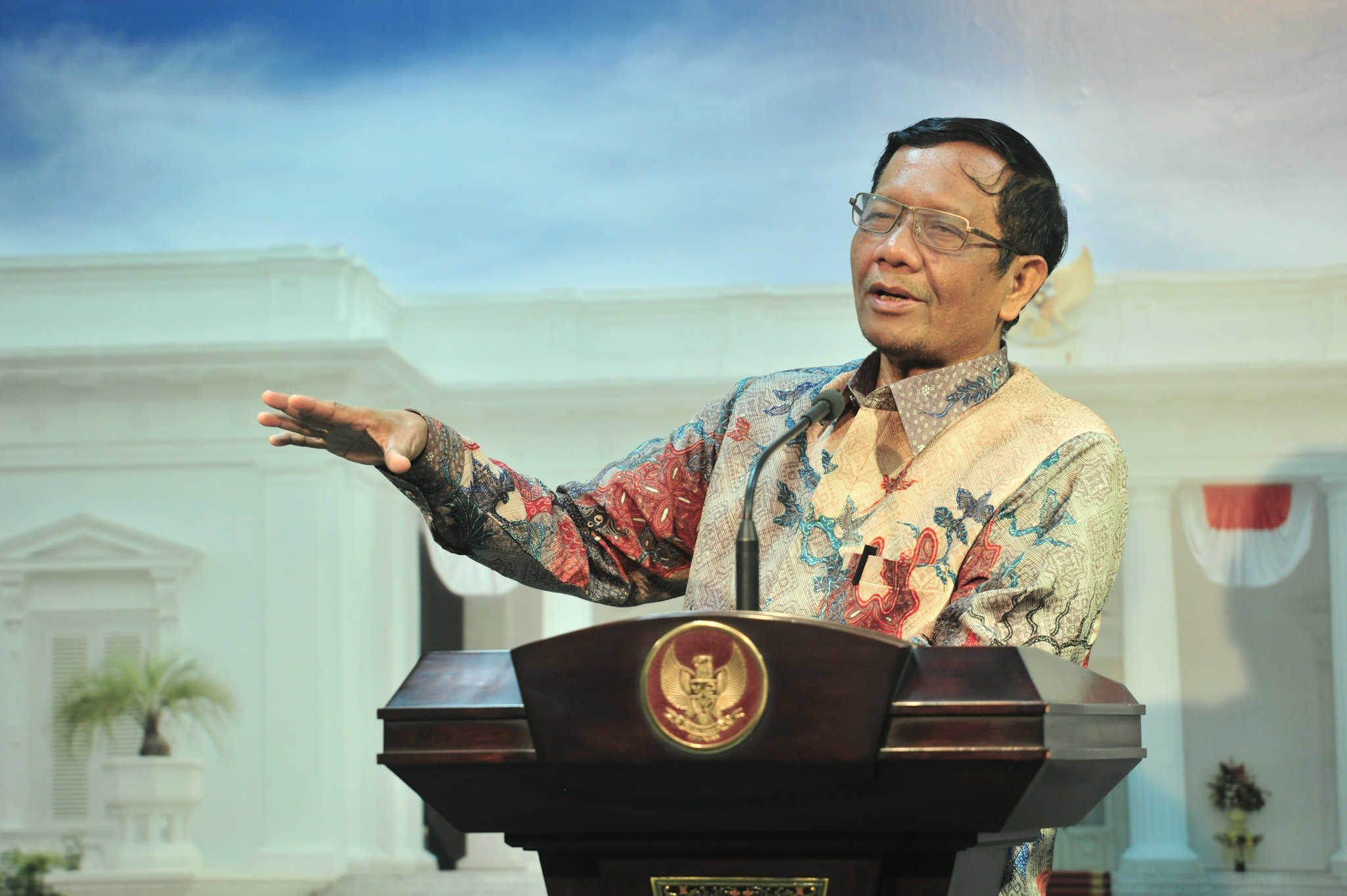 Coordinating Government for Political, Legal, and Security Affairs Mahfud MD, on behalf of the Government, delivered the Government’s statements in responding to the latest political and security conditions after the House of Representatives passed the Job Creation Law.

First, Job Creation Law is drawn up to exercise the Government’s duty namely improving people’s welfare through an increase in job opportunities, protection of labors, simplification of bureaucracy, provision of ease of doing business, as well as to eradicate corruption and illegal levies, and to prevent other acts of corruption.

Two, the Government respects freedom of speech and aspiration regarding the Job Creation Law as long as it is delivered in peaceful manner that respects the rights of other people and does not disturb public order.

Three, the Government regrets people who have incited anarchy in several locations by damaging public facilities and setting it on fire, hurting public officers, and looting shops. Those acts are considered crimes and must be stopped.

Forth, the acts of damaging building, public facilities, and attacking officers and other people are insensitive towards the situation facing by the public who are currently fighting against COVID-19 pandemic and economic slowdown.

Fifth, for that reason, for the sake of public order and security, the Government will take firm action against the acts of anarchy that inflict chaos and spread fear in society.

Sixth, in addition to hold peaceful protest that will not violate the law, those who oppose the Law can also take constitutional route in the process of stipulating government regulation, presidential regulation, ministerial regulation, regional head regulation as the delegates of laws and regulations. They can also apply for judicial review at the Constitutional Court.

Seventh, the Government, once again, will take firm and legal action to those taking benefit of the acts which have been considered as crimes.  (UN)