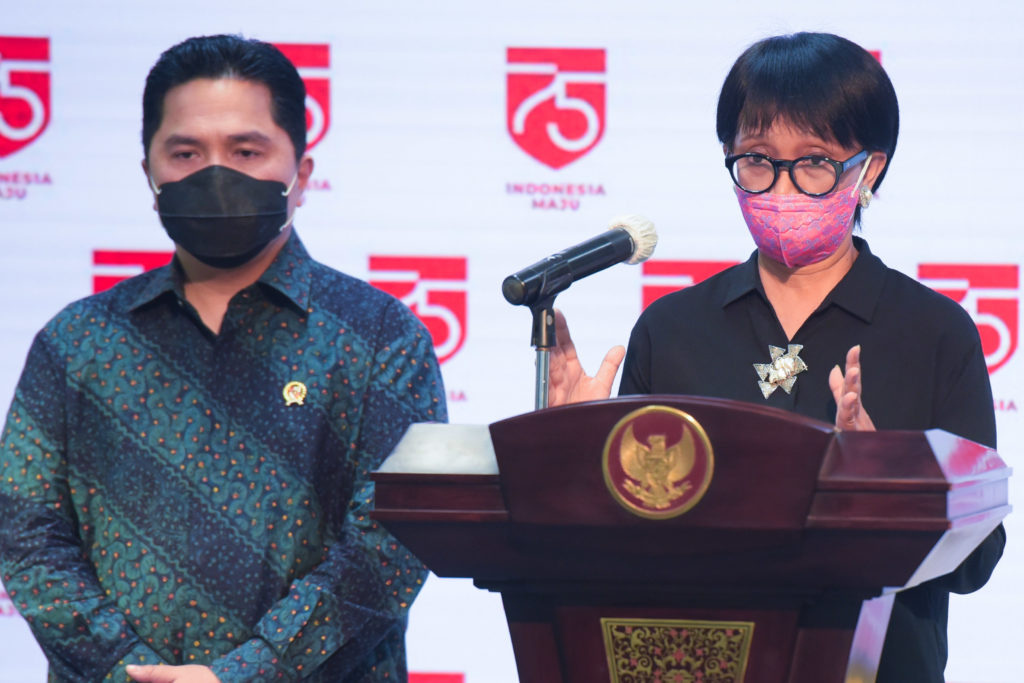 Foreign Affairs Minister delivers a press statement after a limited meeting at the Presidential Office, Jakarta, Monday (24/8). (Photo by: Rahmat/PR)

The Government has announced it has secured supplies of COVID-19 vaccine for this year and next year.

“Speaking about vaccine, there are two approaches that we are making at once, namely the short-term and long-term approaches that lead to self-sufficiency in vaccine being developed by our national team, namely the Red and White vaccine,” Minister of Foreign Affairs Retno Marsudi said Monday (24/8).

According to Retno, she and Minister of SOEs Erick Thohir – who helms the national economic and COVID-19 recovery committee – have conveyed the results of their visits to the People’s Republic of China and to the United Arab Emirates to President Joko “Jokowi” Widodo.

The Government, she continued, is now focusing on fulfilling the short-term demands.