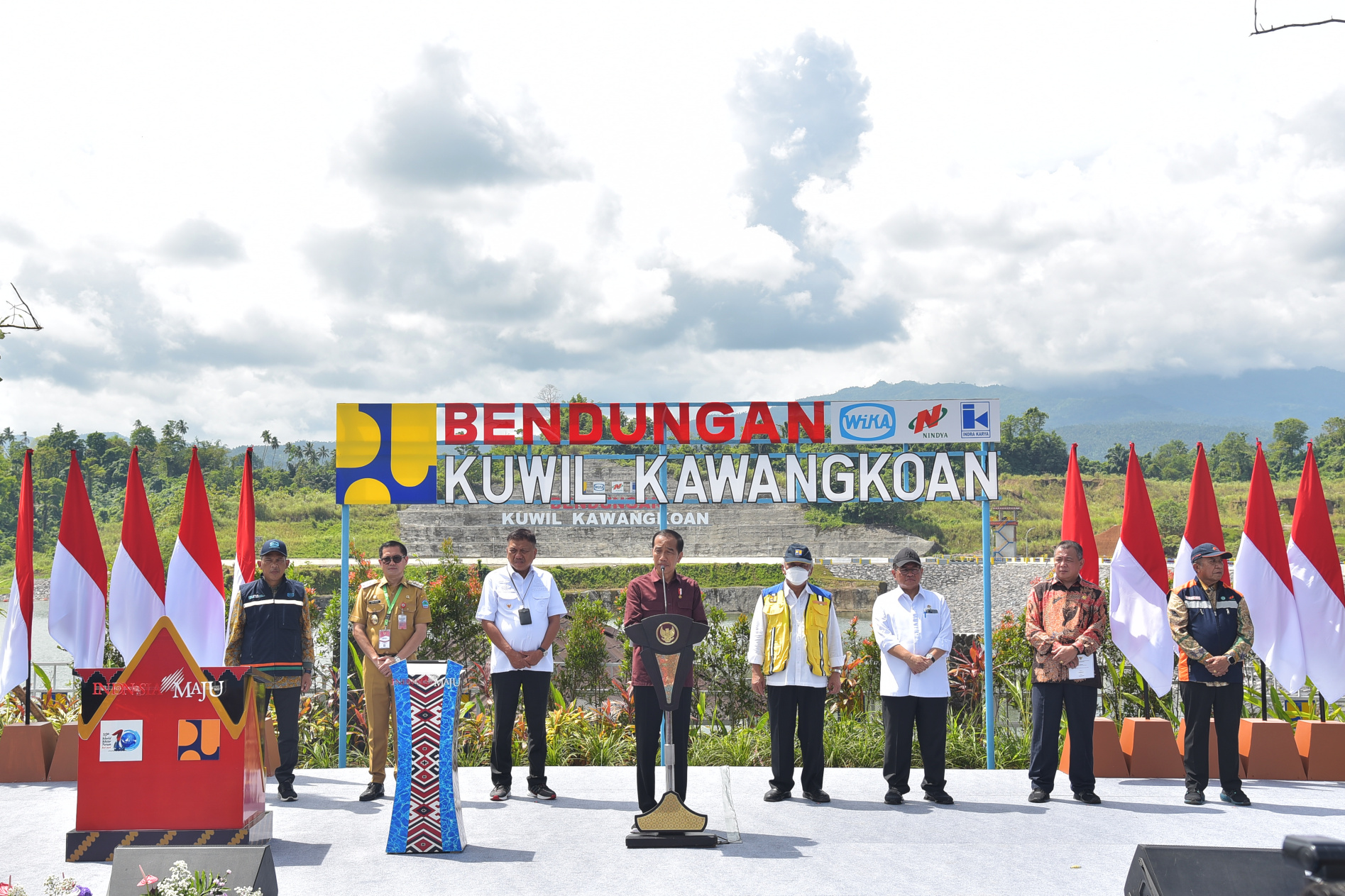 On that occasion, the Head of State said that the Government is also building Lolak reservoir in Bolaang Mongondow regency targeted be completed this year.

“Another dam, Lolak Reservoir, will also be completed in March or April,” the President told journalists.

President Jokowi also said that the reservoirs could bring benefits to the surrounding communities as they can be used for irrigation, power plants, flood control, and provision of raw water supply.

“It would be better if we have more reservoirs because the water can be prevented to flow into the sea. Instead, it can be reserved for our needs,” the President said, adding that Kuwil reservoir is expected to avert big floods like the one happened in 2014.

Kuwil reservoir will also be functioned as a raw water supply for North Sulawesi, especially in the cities like Manado, Bitung, and North Minahasa, he added.

The reservoir, the President added, can also function as a micro-hydro power plant and  irrigate the fields around the dam.

“This reservoir is also functioned as a micro-hydro power plant, which is an excellent feature. We can generate green energy from the Kuwil Kawangkoan reservoir. It can also be utilized to irrigate the rice fields here,” he remarked. (MAY/UN) (AY/MEP)