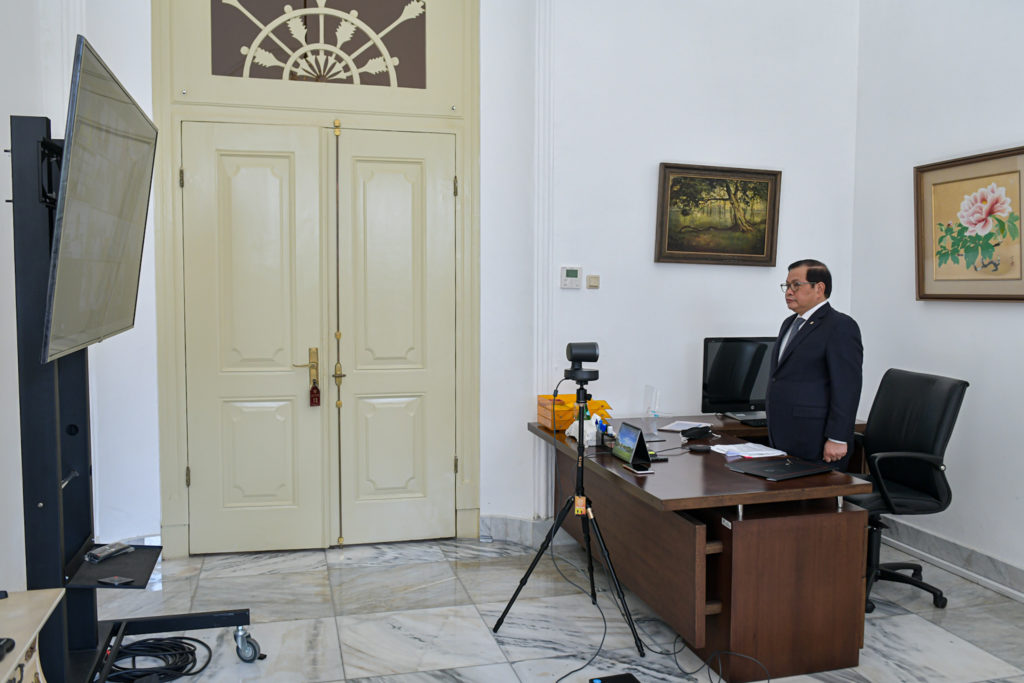 The Government has announced it will speed up incentive programs to handle the current health crisis and to carry out economic recovery in the throes of the COVID-19 pandemic.

“The budget is used for medical device purchases, health workers, and those affected. The Government has launched the family hope programs (PKH) for 10 million recipients, staple food cards for 20 million recipients, pre-employment cards for 5.6 million recipients and so on. Regional budget (ABD) spending is also accelerated,” Pramono said at the 60th Anniversary of Faculty of Communication Sciences, Padjadjaran University held virtually from the Bogor Presidential Palace, West Java province, Friday (18/9).

Pramono also pointed out that the budget allocation is quite large; thereby it requires joint supervision so no one will take advantage amid the pandemic situation.

The Government, Pramono continued, initially formed a task force tasked to speed up the handling of COVID-19 in regions and ministries / institutions, improve national resilience in health sector, and curb the spread of the virus.

“Under Presidential Decree Number 82 of 2020, the Government also pays a closer attention to address economic issues aside from health issues. Hence, the COVID-19 Mitigation and National Economic Recovery (PEN) Policymaking Committee has also been established,” he said, adding that the Committee, is tasked to implement and control strategic policies for COVID-19 mitigation and recovery, as well as for developing issues on the ground.

“It is also tasked to oversee the implementation of the policy itself, and equally important, policies and measures to speed up the COVID-19 handling and to rebuild national economic transformation,” he said.

Health sector, he continued, is the Government’s top priority. For this reason, he said the Government is creating a synergy with institutions and also universities in speeding up the development and manufacture of the vaccine.

“President Joko “Jokowi” Widodo has issued Presidential Decree Number 18 of 2020 and assigned Minister of Research and Technology/Head of the National Agency for Research and Innovation Bambang Brodjonegoro to develop ‘Red and White’ vaccine in collaboration with research institutes, universities, ministries / institutions, and all other stakeholders,” he said.

Regarding cooperation between Indonesia and China, Pramono reiterated that a vaccine called the Sinovac vaccine has been developed and Bandung’s Padjadjaran University is the only university appointed by state-owned pharmaceutical company PT Bio Farma to implement the COVID-19 Sinovac vaccine clinical trials because it has a central laboratory for biosafety level 3 used with Bio Farma to carry out the test.

“The President and I have visited the lab. We hope that in December or at the latest in January next year, we will be able to inject the Sinovac vaccine,” he said. (TGH/EN)