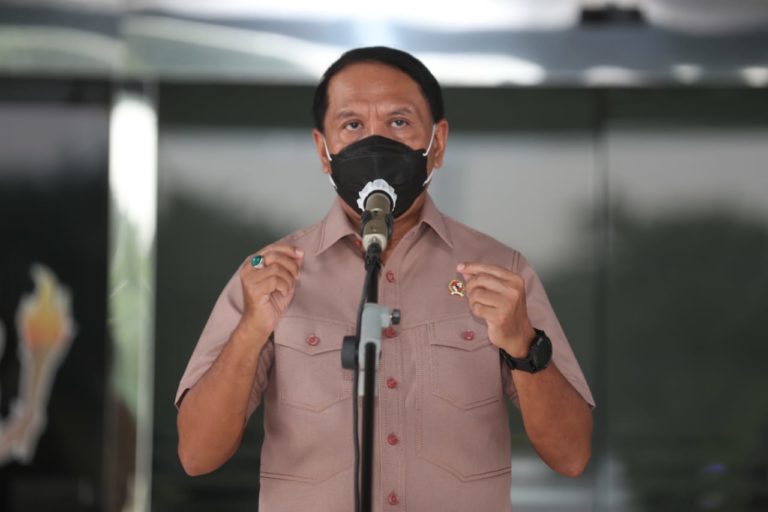 President Joko “Jokowi” Widodo closely monitors the latest development related to the removal of the Indonesian badminton team from the 2021 All England Open, according to Minister of Youth and Sports Zainudin Amali.

“The President has ordered us and Ministry of Foreign Affairs to take quick and best measures for the team and take necessary measures to respond to the removal,” the Minister said in a press conference, Friday (19/03).

For the record, the organizing committee of the 2021 All England Open has removed the Indonesian badminton team from the tournament. The Indonesian team had been forced to withdraw after one of the passengers on their flight from Istanbul to Birmingham tested positive for COVID-19.

“The PCR test results before the match show that all Indonesian badminton players are in good health. Meanwhile, there are players from three other countries that clearly tested positive, but they had the privilege of retesting in which they got the negative results,” the Minister said.

Amali said that he had talks with Minister of Foreign Affairs Retno Marsudi to take the necessary measures following the removal.

“We demand clear clarification and explanation as well as fair treatment for the Indonesian badminton team,” he said.

For the record, Ministry of Foreign Affairs, through the Indonesian Ambassador to the United Kingdom Desra Percaya, has sent a letter to the President of the Badminton World Federation (BWF) and the Chief Executive of Badminton England, which among other things expressed Indonesia’s disappointment over the withdrawal and the unfairness the Indonesian team has experienced at the All England event.

“We support the Indonesian Badminton Association (PBSI) to ask for clarification from the international federation (BWF) and the All England organizer. Surely we also ask for assistance from the Indonesian National Olympic Committee (NOC) through its network, including the NOC in England [to clarify] about what really happened,” Amali said.

Amali  also asked the PBSI and the Indonesian NOC to urge the BWF to make improvements so that similar thing would not happen in future tournaments. (FID/UN) (RI/MUR)