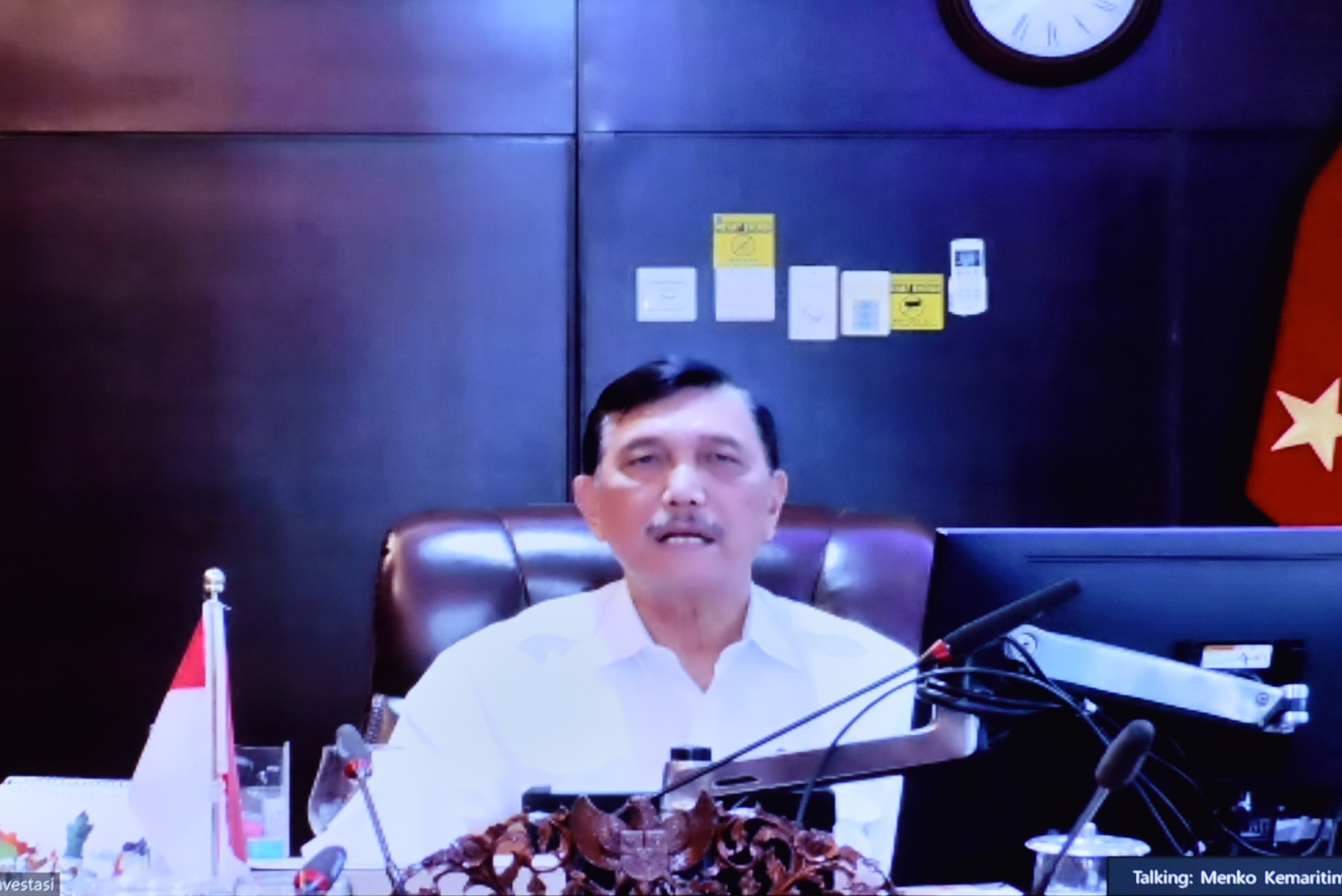 The Government has announced it will push for the use of village funds to support social forestry program through cross-ministerial involvement in an integrated manner, Coordinating Minister for Maritime Affairs and Investment Luhut Binsar Pandjaitan has said.

The Minister made his press statement after attending a virtual Limited Cabinet Meeting on Social Forestry-Based Community Economic Empowerment, Tuesday (3/11).

“I think coordination with Ministry of Village, Development of Disadvantaged Regions and Transmigration and Ministry of Cooperatives and Small and Medium Enterprises is also necessary to carry out the program. We will formulate a road map for an integrated social forestry program. The team is expected to start formulating the program this week,” he said.

According to him, the Government has also announced plan to rehabilitate several mangrove forests into one of social forestry projects. “The President has instructed there should be one to three social forestry examples that become benchmarks and duplicated. We do not rehabilitate all mangrove forests all at once because none of them will be completed. We will work on two to three forests instead,” he said.

Luhut went on to say that Ministry of the Environment and Forestry and Ministry of Maritime Affairs and Fisheries will devise the pilot project regarding the program.

“There must be a report submitted to the President in January next year. We might prepare one or two mangrove seedlings in the first quarter of next year,” he added.

Furthermore, Luhut said that in accordance with the President’s directive, the business model of the project will be similar to the new food estate area in Humbang Hasundutan Regency, North Sumatra Province. The result of a similar business model is expected to benefit the community.

“The new food barn in North Sumatra will be planted with good seeds such as potatoes, garlic, chili, and others. On one hectare of land, the local community can earn a profit, depending on the price at that time. They can make up to Rp10 million per month,” Luhut said.

On that occasion, Luhut said that business model project in Humbang Hasundutan is expected to bring a significant impact on the local’s lives. “Out of 20 percent of the land belongs to investors, around 80 percent is owned by the people with one hectare of land provided for each family. I think it can create positive results since they are prohibited to buy and sell the land, yet the land can be utilized continuously by the member of their family,” he added.