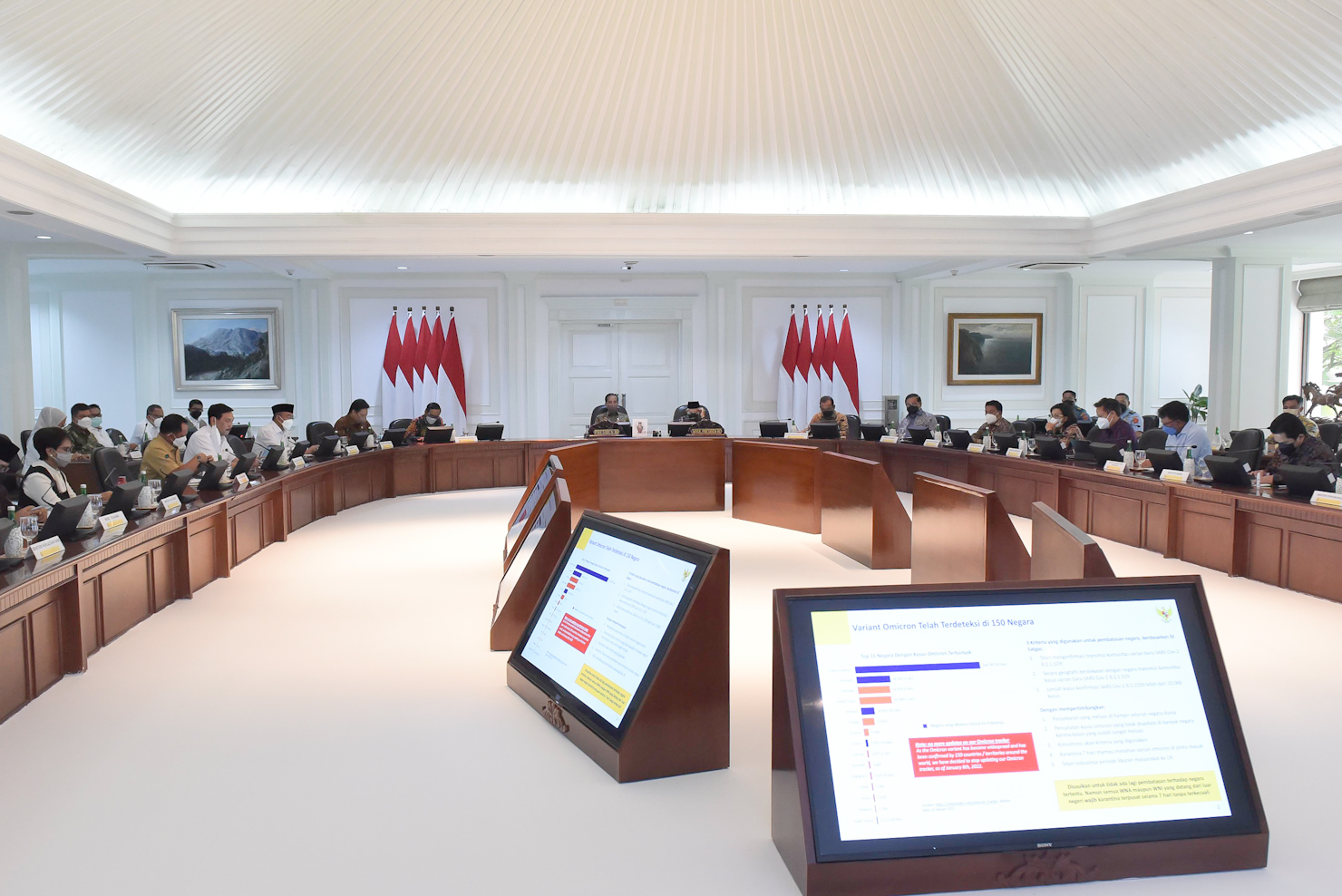 The atmosphere of a limited cabinet meeting on evaluation of public activity restrictions (PPKM) at the Presidential Office, Monday (01/10) (Photo by: PR/Agung)

Coordinating Minister for Economic Affairs Airlangga Hartarto Monday (01/10) has announced that the people in the island of Lombok, West Nusa Tenggara province will be prioritized to receive booster shots after the second dose coverage of 70 percent in the region has met.

“We expect the third dose of vaccination can be carried out in January, February, and March,” Airlangga said in a press statement after attending a limited cabinet meeting on evaluation of public activity restrictions (PPKM) at the Presidential Office, Jakarta.

The booster vaccination priority is carried out in preparation for the 2022 Mandalika MotoGP. Based on the MotoGP calendar, there will be an official MotoGP test at the Mandalika Circuit in February and the Indonesian MotoGP will take place at the circuit in March.

Airlangga further said that this year, the country will also host a series of G20 meetings both in virtual and hybrid.  In January, sherpa meetings to be held are, among others, Civil 20, Super Audit 20, Youth 20, Business Forum/CEO Forum, Women 20, Urban 20, and Finance Track.

“The Government will issue a Circular on the various G20 activities,” the Minister said, adding that the activities will be carried out in accordance with health protocols.

In addition, the Government has planned to separate local transmission cases from imported cases as the criteria for determining the PPKM assessment level due to the high number of positivity rate from travelers returning from abroad.