Gov’t to Boost Downstreaming for Industrialization 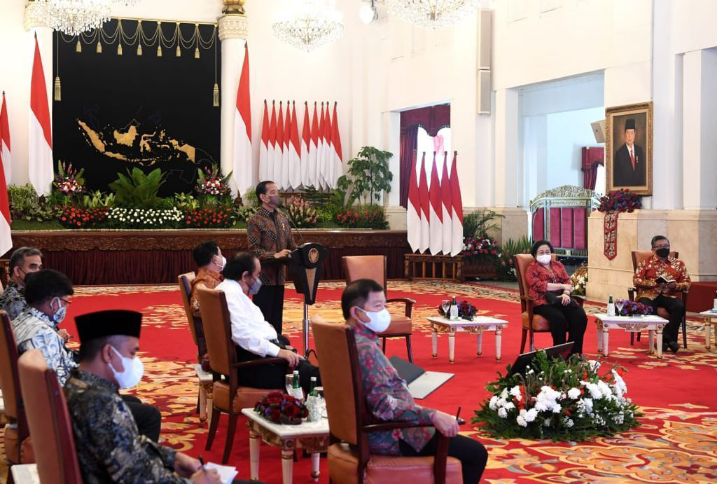 President Jokowi holds a discussion with the leaders of coalition political parties at the State Palace in Jakarta (25/08/2021). (Photo by: Presidential Secretariat’s Press, Media, and Information Bureau/Lukas)

According to President Joko “Jokowi” Widodo, this comes considering that Indonesia’s national economic growth has been dependent on the consumption sector, especially public consumption.

“All the commodities we have now will be encouraged for downstreaming, for industrialization. One of them is nickel. I think, within three or a maximum of four years it will be produced into finished forms including lithium batteries, electric batteries, and electric car batteries. The added value of the industry will increase rapidly,” the President said during a meeting with leaders of coalition political parties at the State Palace in Jakarta on Wednesday (25/08).

In addition to nickel, another commodity that will be downstreamed is bauxite because the factory has been established and the commodity has started to export to a number of countries. Moreover, palm oil commodity that has many derivative products is also potential to downstream. Through downstreaming, the added value of the commodity can increase, the Head of State said.

Furthermore, President Jokowi said that one of agriculture commodities, namely Porang (Konjac) has huge potential to export, adding that, the commodity is easy to grow and can be processed into a variety of products including rice, jelly, ingredients for noodles and cosmetics. It is also projected to be future staple food that contains low calories and carbs and is sugar-free. (Presidential Secretariat/UN) (AP/MUR)