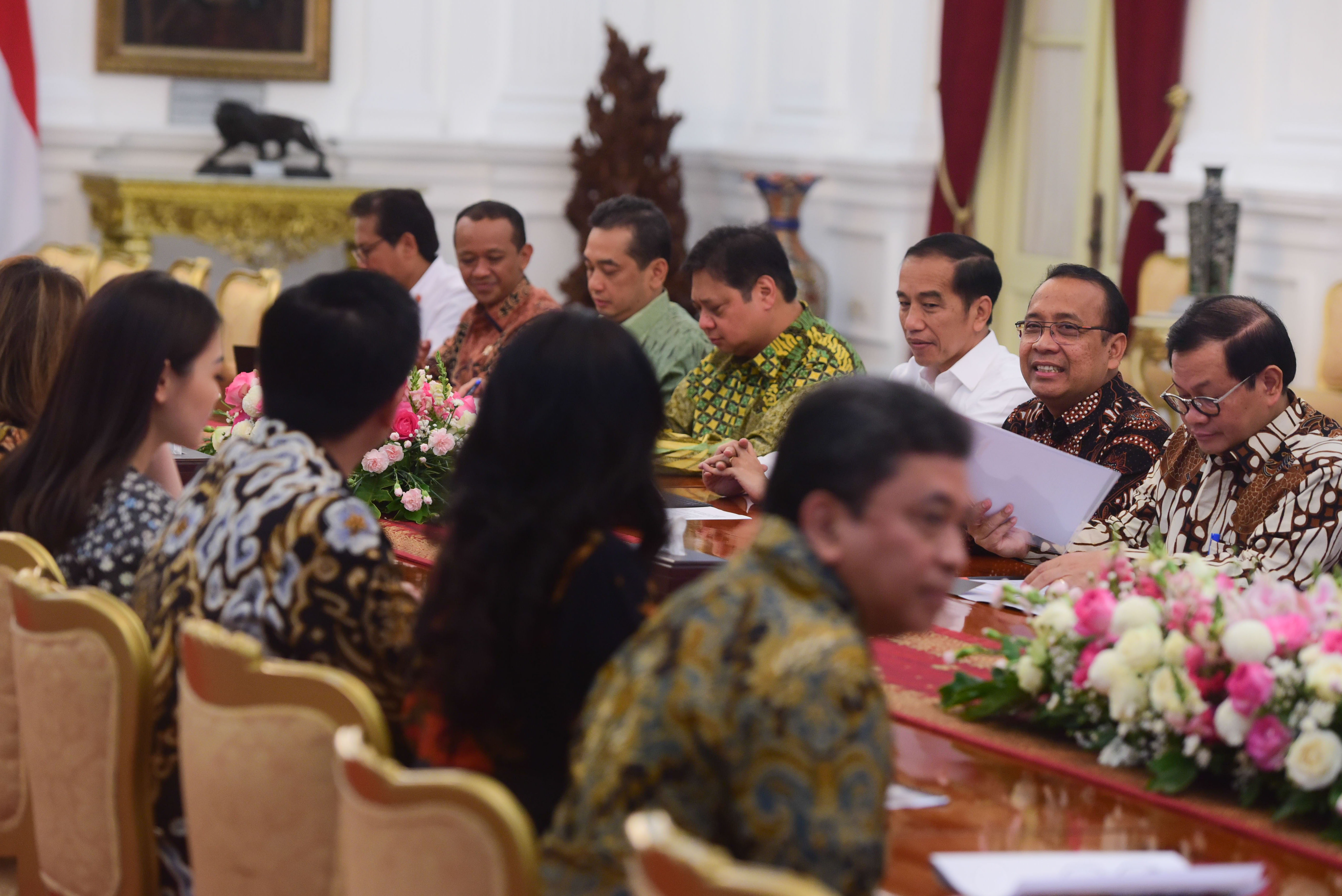 President Jokowi accompanied by a number of ministers receives representatives of API and APSyFI, at the Merdeka Palace, Jakarta, Thursday (21/11). (Photo by: Rahmat/ Public Relations)

As a follow-up of the last meeting in September, President Joko “Jokowi” Widodo on Thursday (21/11) at the State Palace, Jakarta received representatives of the Indonesian Textile Association (API) and the Indonesian Association of Synthetic Fiber and Filament Producers (APSyFI) to discuss their inputs with the new Cabinet.

During the meeting, President Jokowi focused on two points, namely measures to increase exports quantity and quality and investment, which were discussed during the September’s meeting.

“We have secured a location to build an “Apparel Park” where raw materials and the industries will be located in one place,” the President said.