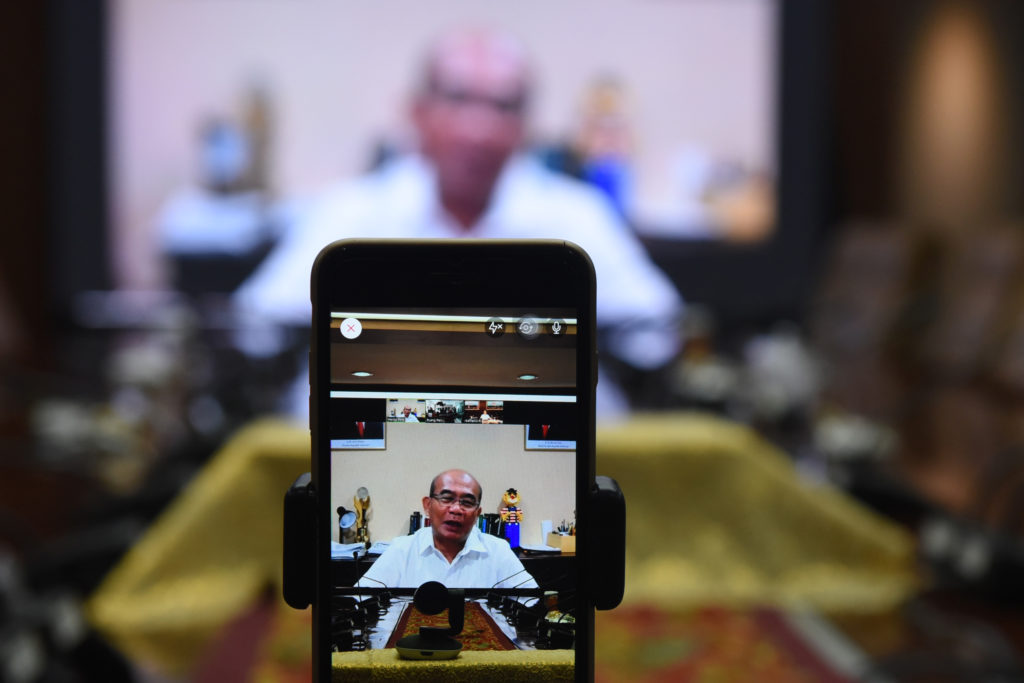 The Government will carry on evacuation or repatriation of Indonesian citizens for the next batch, according to Coordinating Minister for Human Development and Culture Muhadjir Effendy.

“The first step in the repatriation process is verifying the countries where the Indonesian citizens came from,” the Coordinating Minister said in a press statement after joining a Limited Meeting through video conference, Tuesday (31/3).

First, the Indonesian citizens will be divided into these categories:

Second, they must go for several checks including identity check. They are also obliged to fill in their last destinations in Indonesia and their health condition. Before returning to Indonesia, they must obtain health certificates issued by authorized institution.

“Their return schedule will be arranged so they are all not returning at once but gradually,” he said.

Fourth, the officer will double check their health, identities, and destinations. From health examination, they will be divided into two categories; those are healthy and those showing symptoms similar with Covid-19. Although receiving health certificate before returning to Indonesia, those showing any symptoms similar with Covid-19 will be isolated.

Fifth, the isolation will be conducted in several locations, such as centers for quarantine managed by Ministry of Social Affairs, Galang Island, Natuna Islands, and Sebaru Island. Those recovering from the symptoms and are declared healthy will return to their hometown.

Sixth, Indonesian citizens declared healthy during health examination at airports or seaports will be grouped based on their destinations and transported to their hometown either by land or sea transport. Upon arrival in their respective destinations, they must stay in quarantine for 14 days.

Regarding evacuation process for crew ship, they will be transported on aircrafts and most of them will be landed in Ngurah Rai Airport, Bali.

“Regional Government in Ngurah Rai has prepared health monitoring protocols to Indonesian citizens who just returned from other countries,” the Minister added.