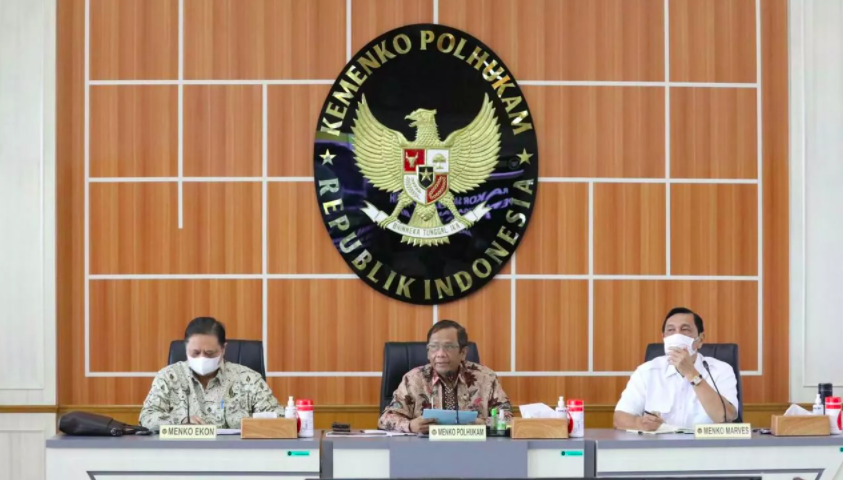 Coordinating Minister for Political, Legal, and Security Affairs Mahfud MD confirmed that there is more than Rp110 trillion of state receivables to be restored from Bank Indonesia Liquidity Support (BLBI) funds.

“Based on the Government’s calculation that taking into account foreign exchange rate, stock index composite, and the current value of collateral assets, the total state receivables from BLBI funds is determined at Rp110,454,809,645,467,” he said after leading a limited meeting on Task Force for Handling of State’s Collection Rights of BLBI Funds, at the office of the Coordinating Ministry for Political, Legal, and Security Affairs, Jakarta, on Thursday (15/4).

“There are also foreign currency savings, which exchange rate is fluctuated, and stock,” he added.

Regarding state receivables in form of potential assets, many assets have been sold or are stored overseas making it hard to collect them. To resolve the issue, Task Force for Handling of State’s Collection Rights of BLBI funds has prepared several solutions, one of which is through cooperation with international police organizations, such as Interpol, and the like.

He also called on debtors of BLBI funds to complete their obligation and pay the Government at their own free will.

For the record, President Joko “Jokowi” Widodo, on 6 April 2021, has issued Presidential Decree Number 6 of 2021 on the Task Force for Handling of State’s Collection Rights of BLBI Funds.

The Task Force that is under and responsible to the President aims to effectively and efficiently handle, resolve and restore state’s rights derived from BLBI funds, in the form of legal and/or other efforts at home or abroad, be it for debtors, obligors, company owners and their heirs as well as other parties working with them, and recommend policy treatment for the handling of BLBI funds.