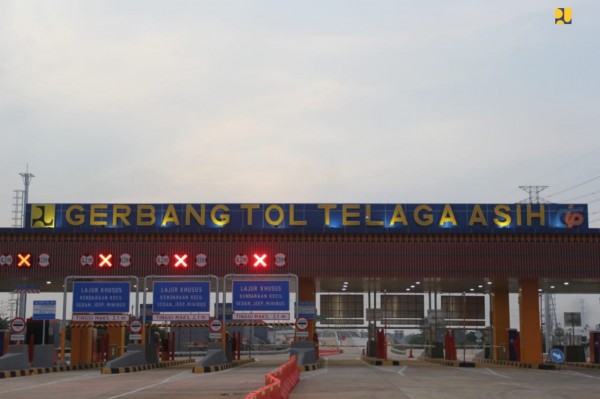 Ministry of Public Works and Public Housing (PUPR) and the Toll Road Business Entity (BUJT) continue to complete new toll roads, one of which is the 34-kilometer Cibitung – Cilincing Toll Road, which is included in the National Strategic Projects (PSN).

This toll road consists of four sections with the overall construction progress having reached 85.38 percent and is targeted to be completed soon in 2021. The Cibitung – Cilincing toll road will complement the road network in the Jakarta – Bogor – Depok – Tangerang – Bekasi (Greater Jakarta) area.

Head of the Ministry’s Public Communication Bureau Krisno Yuwono said that the Cibitung – Cilincing Toll Road will connect the industrial area in Cikarang with the Tanjung Priok Port.

“Moreover, it also provides support for smooth mobility for the public and logistics, especially towards the Cibitung and Cilincing industrial areas,” he explained, quoted from  the Ministry’s website, Wednesday (6/5).

Meanwhile, representative from the Ministry Mahbullah Nurdin explained that of the four planned sections, Section 1 has tested the proper function.

The toll road construction is being carried out by BUJT PT Cibitung Tanjung Priok Port Tollways with PT Waskita Karya and the supervisory consultant of PT Virama by SMEC Denka.

“Hopefully, after Eid al-Fitr the finishing process for minor work section 1 is completed so that it can start operating in June 2021, the physical construction has been completed,” said Thorry.

Thorry went on to say that the operation of this toll road will complement the JORR 2 network, and it can also reduce travel time, especially from East Jakarta to North Jakarta area.

“From Cibitung to Tanjung Priok, normally it takes about an hour or more via Jakarta-Cikampek toll road and the inner-city toll road, while this new toll road will cut the travel time half of it,” he said.