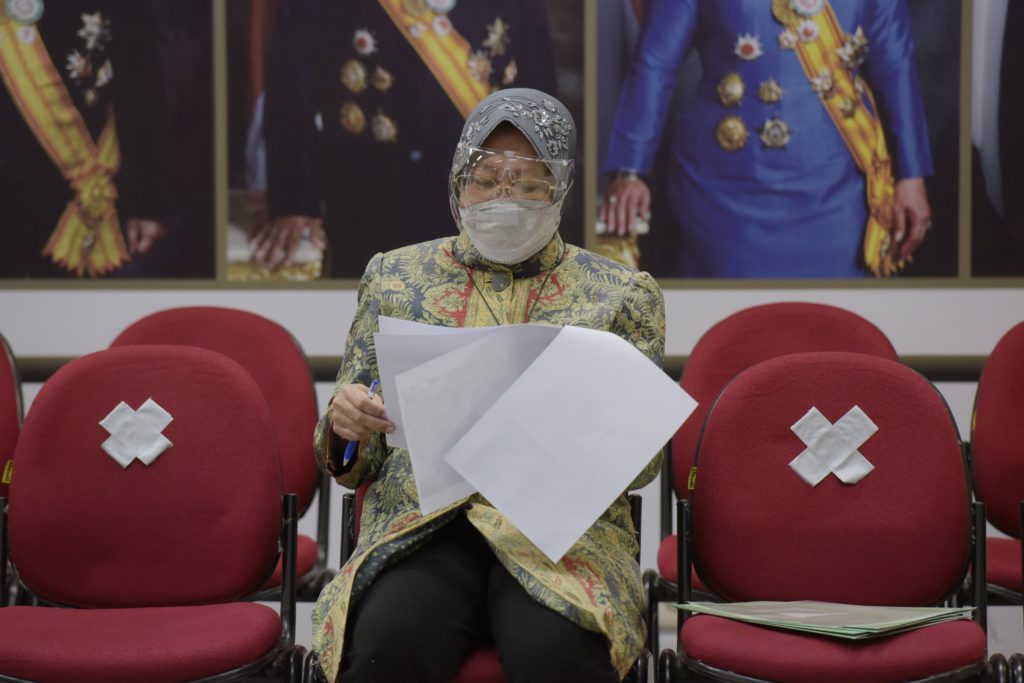 Minister of Social Affairs Tri Rismaharini before delivering a press statement after attending a Limited Meeting on the Acceleration of Social Assistance Distribution, at the Presidential Palace, Jakarta, Wednesday (17/3). (Photo by: Public Relations of Cabinet Secretariat/Oji)

The Government is currently evaluating, improving, and synchronizing the data of social assistance recipients to accelerate social assistance distribution, according to Minister of Social Affairs Tri Rismaharini.

“A few months ago, we have improved and evaluated the data with the regions, the channeling banks and state-owned postal company PT Pos Indonesia,” the Minister said after attending a Limited Cabinet Meeting on the Acceleration of Social Assistance Distribution, at the Presidential Palace, Jakarta, Wednesday (17/3).

However, the results of data evaluation and synchronization have not met the target yet since several regions have not completed the data with population data. Therefore, the Government will pursue and meet the targeted beneficiaries quota.

“We have to pick up the updated data, so we deploy our officers to cooperate with the regions to accelerate the data improvements in 514 regions/cities,” she said.

Risma further said that the Ministry also cooperates with the Home Affairs’ Directorate General of Population and Civil Registration for data collection in several regions, including remote areas in Sumatra, Kalimantan, and Papua.

“We recorded the data by visiting the regions. Currently, our officers are in several regions in Indonesia, including Papua. We collaborate with Cendrawasih University and other universities in the region to verify and validate the data on the ground,” she said.

On that occasion, the Minister reiterated that the measure was taken so that the data issued will be accurate. Thus, she also expressed hope for support from the regional governments in synchronizing and updating the required data.

“We hope that we can realize the distribution of social assistance in the fourth week of March. Likewise, the target for April, we will distribute it in March, so that people can make purchases as soon as possible. We will disburse the assistance through electronic money or the non-cash system. All the assistance will be channeled through Himbara (Association of State-Owned Banks) and PT Pos,” she added. (TGH/UN) (RIF/LW)