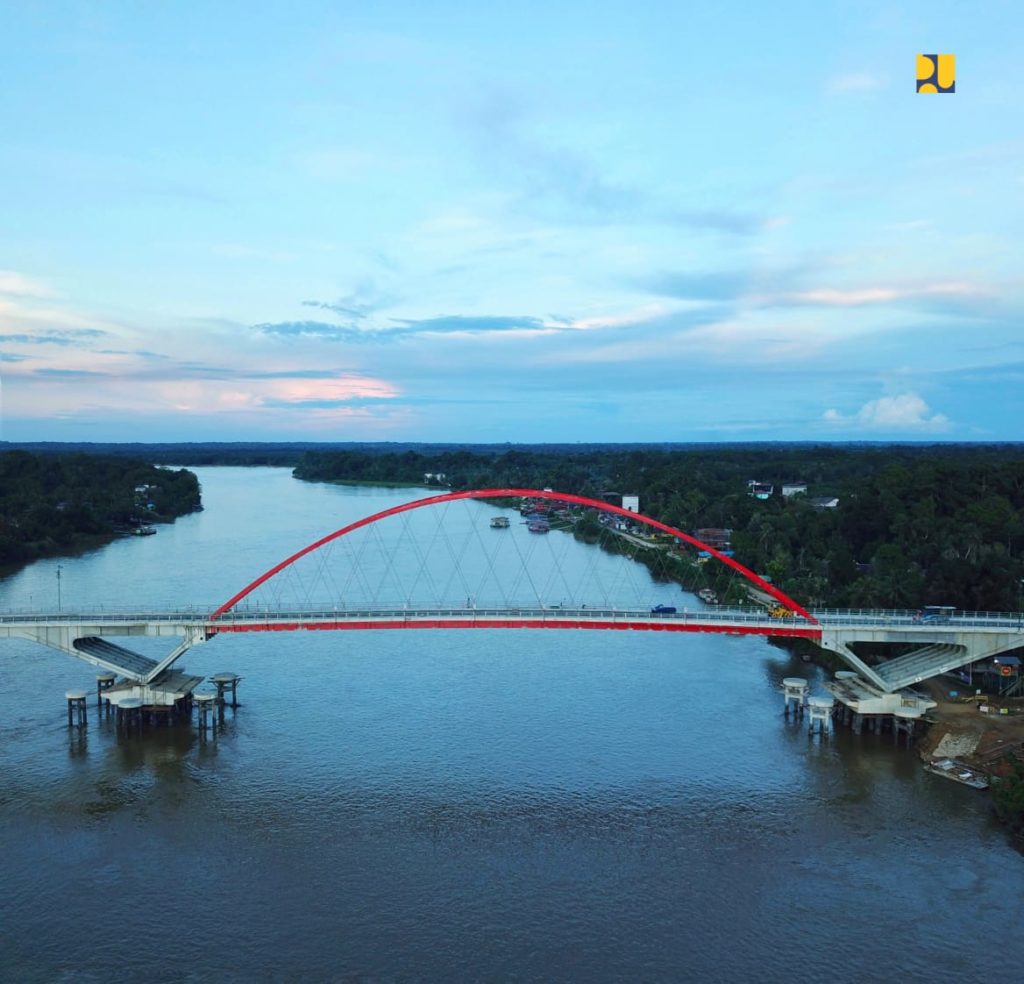 The Indonesian Government through Ministry of Public Works and Public Housing announced that the construction progress of Tumbang Samba Bridge has reached 99% and the construction is expected to be completed by the end of March 2020.

For the record, the bridge will connect Telok Village and Samba Danum Village, in Central Katingan District, Central Kalimantan Province.

Minister of Public Works and Public Housing Basuki Hadimuljono stated that the bridge will serve as a factor to boost economic activities as well as the welfare of people in the surrounding area.

“The more connected Central Kalimantan Cross is, it will increase the economic growth of the region because the surrounding area consists of plantations such as oil palm and rubber as well as mining. So, it will speed up logistics transportation,” Basuki said.

Head of the XI Banjarmasin National Road Implementation Center (BBPJN) for Director-General of Highways Budi Harimawan Semihardjo stated that the construction of the Tumbang Samba Bridge aims to open isolated areas in North Katingan and complete the structure of the national road network from Central Kalimantan to West Kalimantan and vice versa so that it will improve people’s economy in North Katingan.

The bridge which stretches across the Katingan River is crucial to the people of Central Kalimantan to facilitate their mobility from the upstream of the regency to Tumbang Samba market and the border of West Kalimantan. The bridge’s loading test was conducted on 20 and 21 March 2020.

The Tumbang Samba Bridge was started to be built in 2016 with a multi-year contract value of Rp298 billion. The bridge construction work was carried out by state-owned construction firm PT. Wijaya Karya with Supervision Consultant PT. Perentjana Djaja.

The bridge, with a total length of 843.2 meters, will be the longest in the province and is equipped with connecting bridges and approach roads on both sides. The bridge will later be used for vehicle traffic from various regions, so people no longer need to use ferry services to cross the Katingan River to transport their vehicles. (BKP Kementerian PUPR/EN)