Gov’t to Continue Monitoring Supply, Prices, Distribution of Staple Foods Ahead of Eid 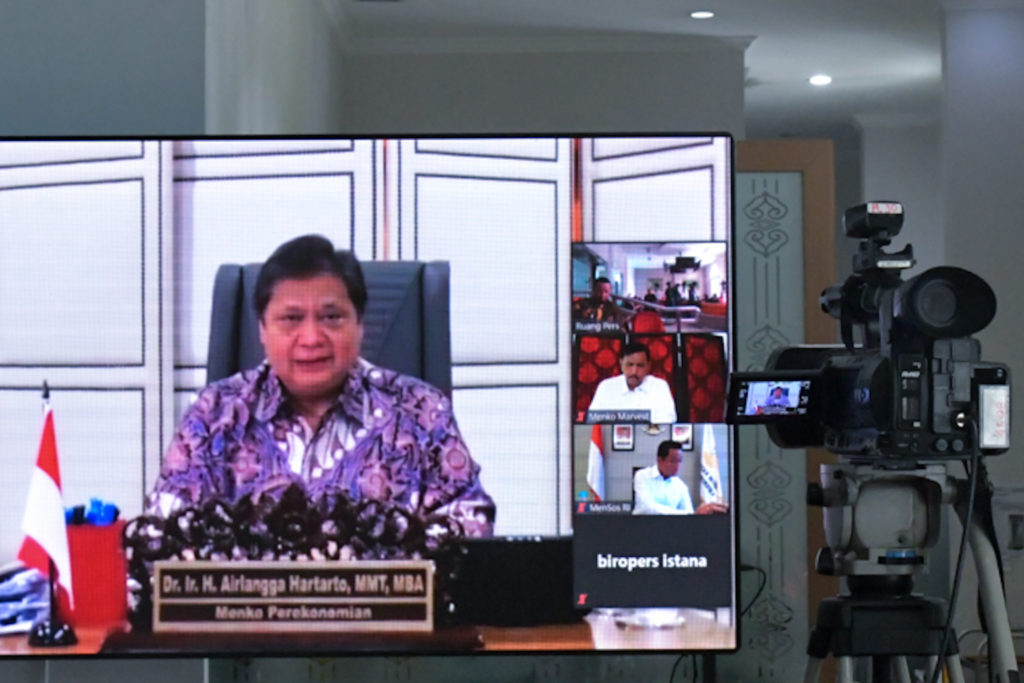 “Including the supply of rice from the existing stock, added with the estimated supply during harvest season in April, May, and June, all are maintained,” said Airlangga after a Limited Meeting via Video Conference on Tuesday (4/2).

Meanwhile for the supply of maize, shallots, chili, cayenne pepper, chicken meat, chicken eggs, and cooking oil, he continued, are still sufficient until the end of May.

“For garlic, the Government through Ministry of Agriculture has given import approval in the form of RIPH (Horticultural Product Import Recommendation). Ministry of Trade also issued licenses to import 157,068 tons of garlic and it is expected to arrive within the next 1-2 months,” added Airlangga.

He explained that this imported products are expected to lower the price of garlic back to its normal price as of Ramadhan (the Muslim holy month). The National Logistics Agency (Bulog) will also conduct market operations in certain areas, particularly in the COVID-19-hit regions.

In the meantime, regarding sugar, the Coordinating Minister said that the Government had carried out market operations in local industries. Sugar industry in several regions, such as in Dumai (Riau Province) and Lampung, had allocated their production of 20,000 tons and 33,000 tons, respectively, for domestic market, and 250 thousand of sugar for industry to consumption.

The Government, he added, has diverted 303,000 tons of sugar production from industry to consumption sector.

“Those measures are expected to meet domestic needs. The Government has also issued licenses to the Bulog and PT Rajawali Nusantara Indonesia to provide 100,000 tons of white sugar,” he said.

Those sugar supply is projected to enter the market gradually. The Government has carried out market operations and found out that the sugar price is currently at Rp12,500 in supermarket and Rp18,000 in traditional market.

“The Government will continue to monitor the sugar prices along with other commodities,” Airlangga said.

“If we look at inflation in March, the inflation is still maintained, with 43 cities experiencing inflation and 47 cities experiencing deflation. March’s month-to-month inflation rate was at 0.1 percent and year-on-year was at 2.96%. The President ordered his Cabinet to maintain the supply of the staple foods, in terms of price, quantity, and distribution until Ramadhan,” Airlangga said.  (TGH / EN)