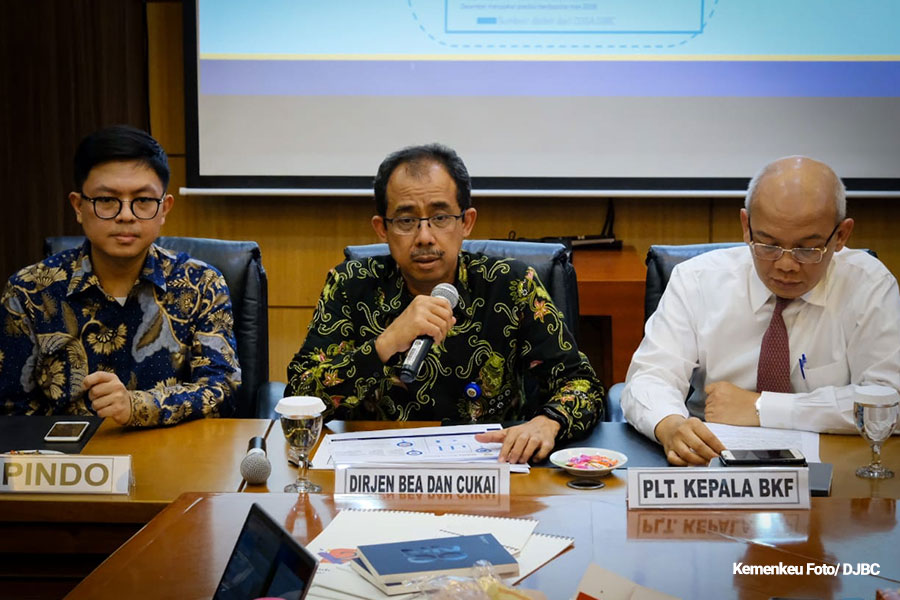 In a bid to control the flow of import products and to protect local MSMEs, the Government has announced plan to lower exemption limit value for e-commerce goods to only US$3 from the previous US$75.

According to Ministry of Finance’s Director-General of Customs and Excise Heru Pambudi, many people reported their e-commerce purchase or declared Consignment Notes (CN) for under US$75, while the products are actually worth more than that.

“A total of 98.65% CN documents were declared for purchases worth less than US$75, while around 1,000-1,500 goods were worth more than US$75,” Heru Pambudi said in a press release on the Provisions on E-commerce Imports Shipment at Ministry of Finance, Jakarta, Monday (23/12).

For the record, the threshold for goods valued under US$75 are currently charged with import duties and taxes with the tariff at 7.5% and 10% value-added taxes (PPN). If the consignees can submit tax identification numbers (NPWP), they will be subject to 10% income taxes (PPh); otherwise, they will be charged up to 20%.

According to Heru, the new provisions will not apply to foreign-produced bags, shoes, and textiles such as clothes in which the VAT and the PPh are based on normal tariff duties or under Most Favored Nation (MFN) rule.

He went on to say that Ministry of Finance will connect its customized National Single Window (NSW) system with the marketplace system to monitor transaction data, including goods type and price in real time.

“This measure will ensure transparency between e-commerce business and the Government. So far, Ministry of Finance has conducted a pilot project with e-commerce platforms such as Lazada, Blibli, and Bukalapak,” Heru said, adding that the new regulation will come into effect 30 days after it is signed. (Ministry of Finance PR / ES)