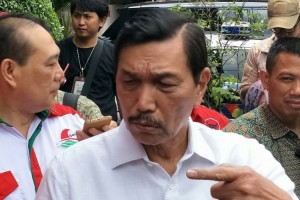 In a bid to strengthen Rupiah exchange rate against US Dollar, the Government has decided to delay several power plants project in Java.

We are rescheduling several energy projects for maybe six to twelve months. We want to deal with this currency issue, Coordinating Minister for Maritime Affairs Luhut B. Pandjaitan told reporters in Jakarta, Thursday (9/6).

The delay, the Minister said, is an effort to control import of components that causes balance of trade deficit and the depreciation of Rupiah. He added that several energy companies allegedly do not obey the policy of local content requirement (TKDN); consequently, component imports increased.

For the record, energy projects that have not reached financial close are estimated to reach 15.200 MW, initially targeted to be finished in 2019 but they were eventually delayed until 2021-2026. Nevertheless, the delay of several energy projects is believed to not bring an effect to the target in the electricity sector until the end of 2019. (ANT/ES) (HYP/EP/Naster)