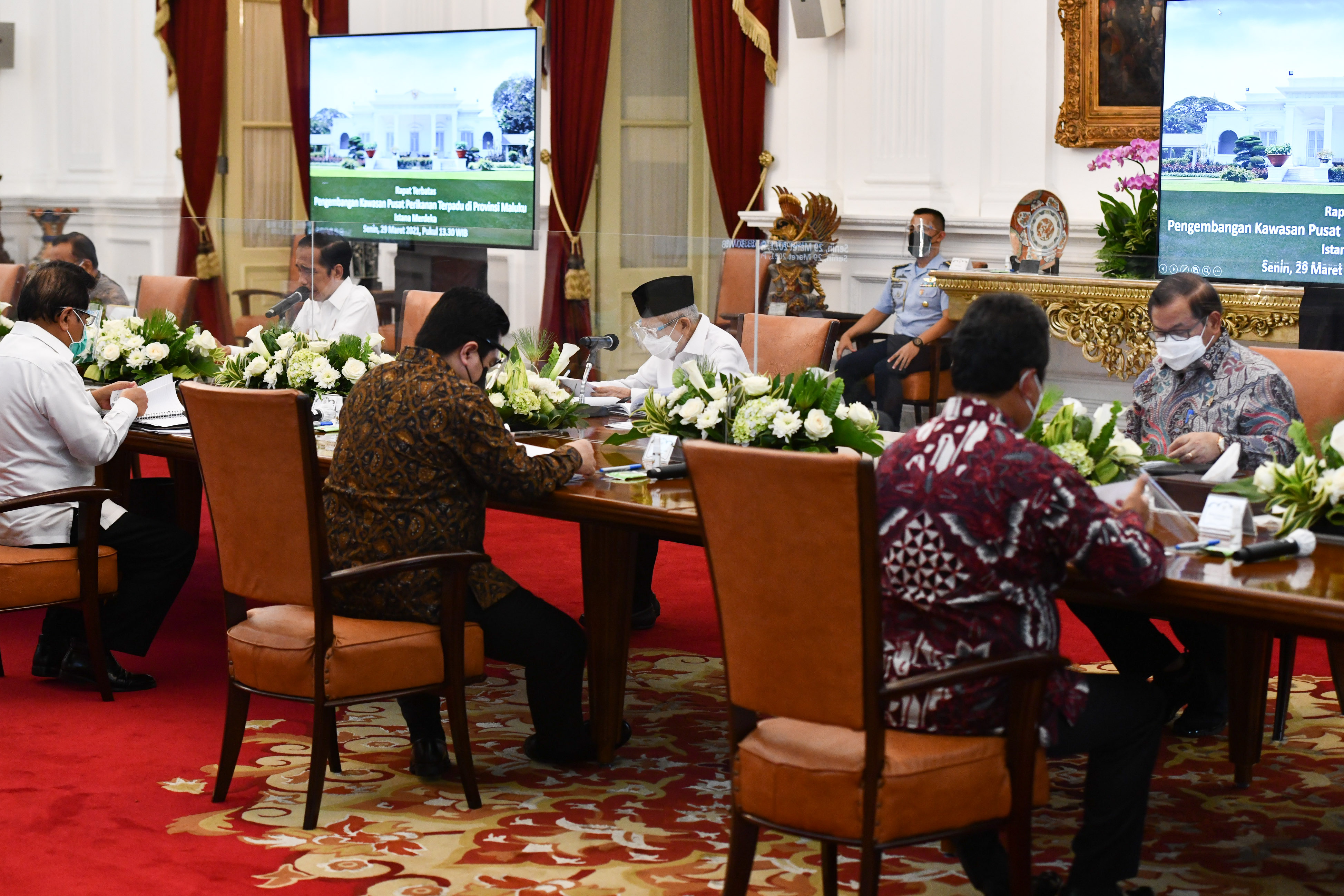 President Jokowi and his administration attend a Limited Meeting on the Development of an Integrated Center for Fisheries in Maluku Province, at the Merdeka Palace, Jakarta, Monday (29/03). (Photo by: Public Relations of Cabinet Secretariat/Rahmat)

The Indonesian Government has announced the plan to develop an Integrated Fisheries Center Area “Ambon New Port” in Maluku Province.

“In line with the President’s directive, we will impelement a solicited development. This means that the Government will start to acquire 200 hectares of land and prepare basic infrastructure. After that, we will conduct a PPP auction, a cooperation between the Government and the private sector,” ​Minister of Transportation Budi Karya Sumadi said after a limited meeting at the Merdeka Palace, Jakarta, Monday (29/03).

The Minister stated that the eastern part of Indonesia, including Maluku, has great potential as a national fish barn. However, this has not been optimally utilized because the port and industrial area are not yet integrated.

“From the report of Minister of Marine Affairs and Fisheries,[we see that] there are many things that can be made effective so that fishing functions can be massively carried out. From there, we see that to make a national fish storage center, developing and using the existing ports only are not enough.We need a port that is integrated with the industrial area,” he said.

The Minister revealed that the Government has set a target of 2 years on the construction of the Port. It will also optimize the function of Yos Sudarso Port and Nusantara Fishery Port, which are located in Ambon, during the period.

The integrated port will consist of international and domestic container terminals, a RORO terminal, a fishing port (a place for fish auction and processing), a logistics industrial area, an LNG terminal and a powerplant, with a total length of the piers of 1,000 m (ultimate).

The construction of a new port in Ambon is very much needed considering that the current location of the Port of Ambon is in the central area of ​​trade, settlements and other urban public facilities, so it is difficult to develop the Port because of the limited land area. In addition, the current cargo and container ports will reach their maximum capacity in 10-15 years. (FID/UN) (FI/LW)