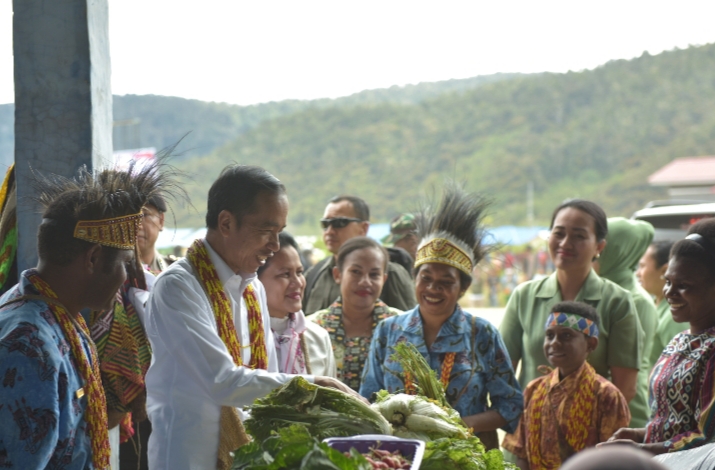 During his working visit to Arfak Mountains, President Joko “Jokowi” Widodo said that he will pay attention to the Regent and Governor’s input related to the development of the main road infrastructure in the region.

“Agricultural products in the Arfak Mountains can be brought to Manokwari and other provinces,” the President told the reporters at the Irai Market, Arfak Mountains Regency, West Papua Province, Sunday (27/10).

To sell agricultural products, the President added, good infrastructure is needed. “I have already said that there are 139 kilometers of roads that will soon be built and repaired. The second thing is the airport, which will be completed in two years,” the President said.

President Jokowi also said that the market construction will also be completed. “I have instructed Minister of Home Affairs to assist the construction of district offices and other offices to support districts,” the President stated.

On that occasion, the President said that it was his first visit to the Arfak Mountains. “I am very surprised, the lake and the nature are very beautiful,” he said, adding that Minister of Tourism will seek to develop the tourist destinations.

Regarding region expansion plan, the Head of State said that he would wait for a proposal before deciding the matter. At the end of his explanation, the President emphasized that his visit to West Papua and Papua are his first working visit in his second administration.

During the working visit to West Papua, President Jokowi also visited the City Park in Kaimana Regency, located on the “bird neck” of Papua Island.

Thousands of people of Kaimana Regency welcomed the President and the First Lady Ibu Iriana by performing Seka Dance, one of the traditional dances of the people of the southern coast of Papua (covering Timika, Kaimana, and Fakfak regions).