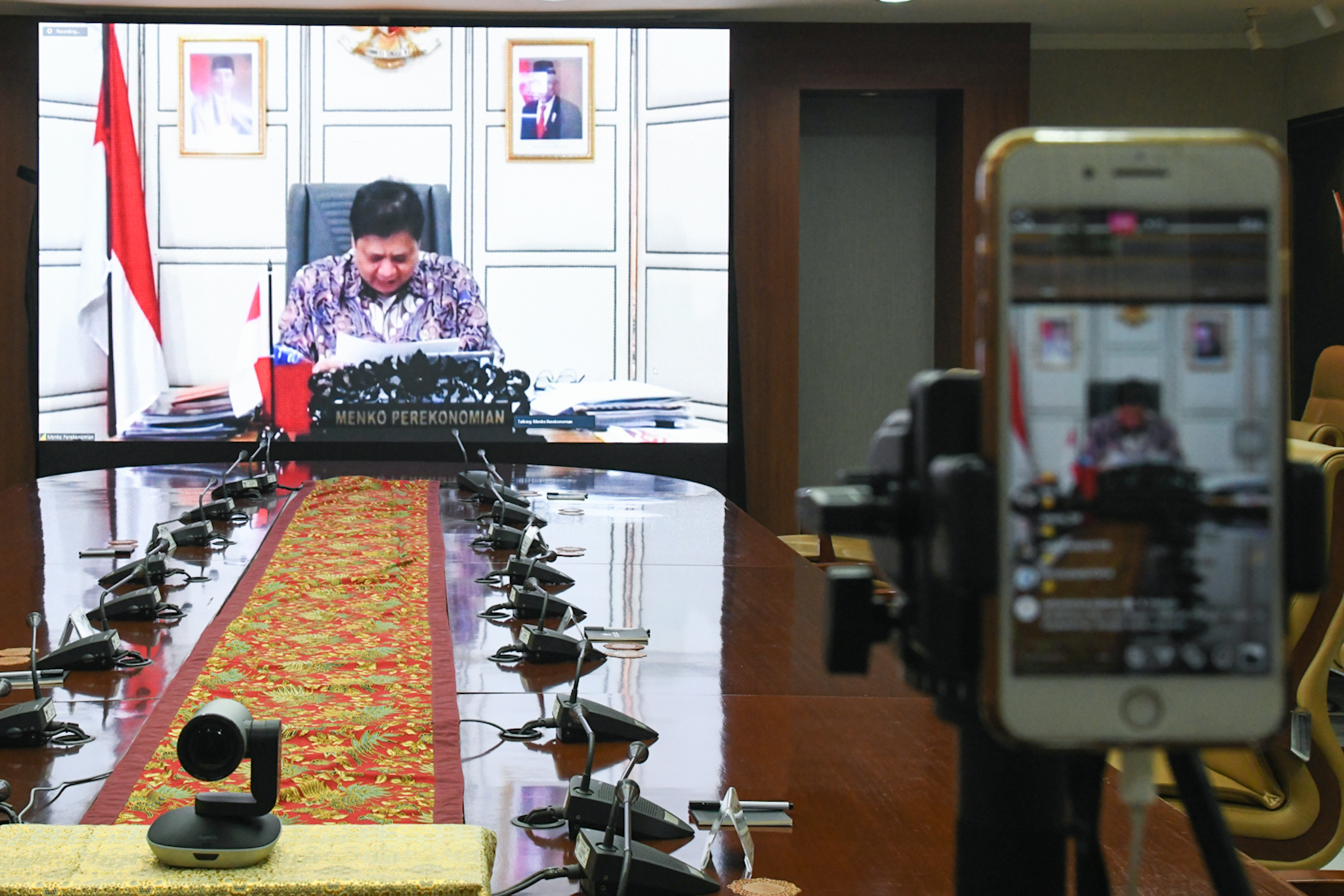 Coordinating Minister for Economic Affairs delivers his statement after a limited meeting on staple food, Tuesday (28/40). (Photo by: PR/Ibrahim)

The Indonesian Government has decided to distribute Rp600,000 in cash assistance (BLT) for underprivileged farmers.

“The Government will distribute it as an incentive for 2.44 million farmers categorized as poor in order for them to start the next planting season,” Coordinating Minister for Economic Affairs Airlangga Hartarto stated after a limited meeting on staple food. Tuesday (28/4).

The farmers are expected to receive Rp300,000 in cash and Rp300,000 in agricultural production infrastructure.

The Coordinating Minister also stated that the Government through the State Logistics Agency (Bulog) will distribute 450,000 tons of rice to the regions, coordinated by Ministry of Social Affairs.

He stated that although the yield might be lower, the Government needs to anticipate the drought which will hit several countries including Indonesia.

“Although Meteorological, Climatological, and Geophysical Agency (BMKG) has declared that there will be no extreme dry weather, we are monitoring whether there will be natural challenges in the second semester, be it drought or 5 yearly pests,” Airlangga concluded. (FID/EN)