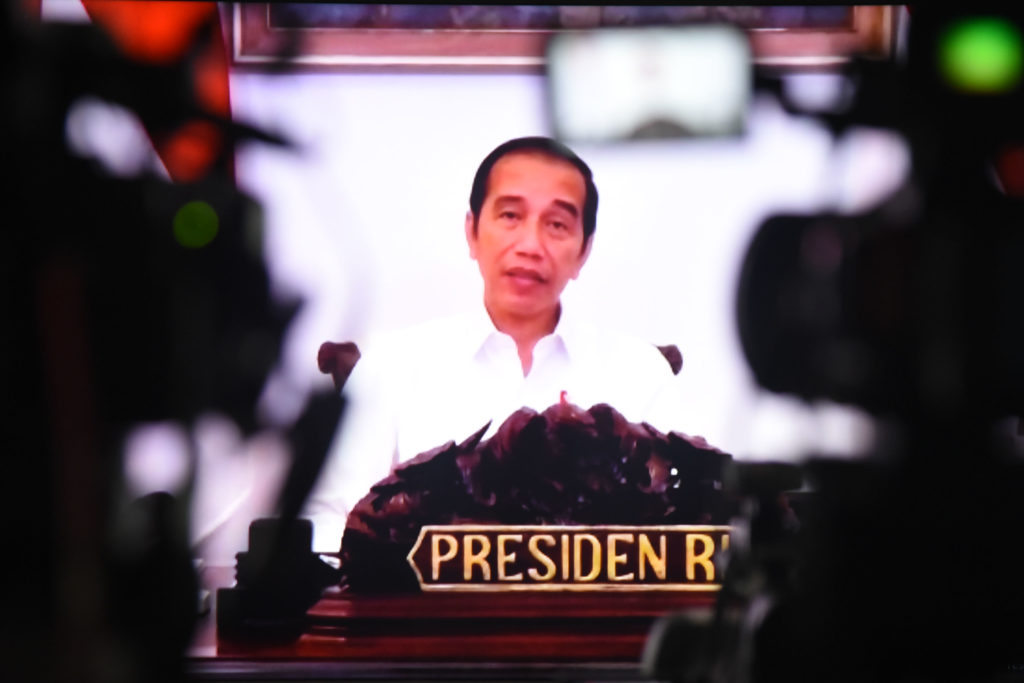 The Government has announced it will distribute social assistance sourced from the budgets of the Central Government and regional governments, as well as from village funds, and cash labor-intensive program by this week.

“The people should receive social assistance. Cash labor-intensive program has been running on the ground,” President Joko “Jokowi” Widodo said in his introductory remarks at a Plenary Cabinet Meeting, Wednesday (6/5).

According to the President, the COVID-19 outbreak has badly hit the economy of many countries, including Indonesia’s economy, adding that the outbreak has also disrupted demand, supply, and production side altogether.

“In the supply side, Indonesia’s Purchasing Managers Index (PMI) on 1 April suffered the deepest contraction compared to that of other countries in Asia,” the President said.

“We really need to be careful regarding the Indonesian manufacturing index. We should find solution to improve this contraction,” he said.

For that reason, the President said he had ordered ministers on the economic front to closely pay attention to the latest PMI data.

“We should identify which sectors or sub-sectors that are experiencing the deepest-contraction. Afterwards, we can prepare the stimulus package. The economic stimulus program should be well-targeted and then we can begin to design a recovery scenario in each sector or subsector,” the President stated.

Based on the data, President Jokowi continued, there are several subsectors that have performed poorly on the country’s economic growth in the first quarter of this year.

“The food crops subsector dropped by 0.31 percent. We must pay attention to this figure. The United Nations’ Food and Agriculture Organization (FAO) has warned of a possible food crisis,” the President said, adding that the agricultural sector should be encouraged to produce in accordance with the health protocol in place.

On the demand side, the President added, April inflation was recorded to drop by 0.08 percent, which is lower than in previous years.

“On the spending side, I noted that household consumption grows by 2.84 percent and the Government expenditure is at 37.4 percent as the locomotive of growth,” the President added.

President Jokowi further said that he had also ordered his Cabinet Ministers to monitor consumption of non-profit institutions serving households (LNPRT), which dropped by up to 4.91 percent. “This should be comprehensively monitored,” the President said. (TGH / EN)