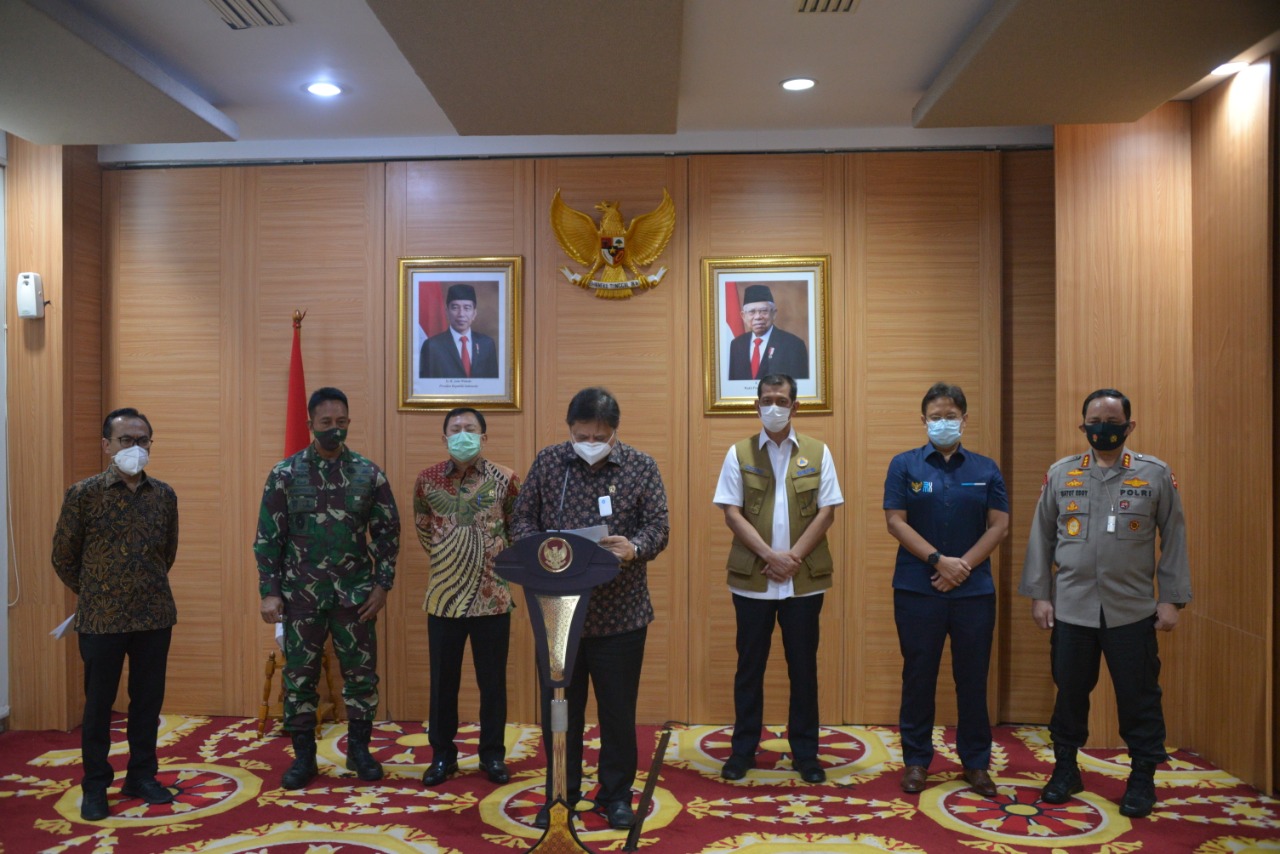 The Indonesian Government is currently drafting Presidential Regulation on Vaccine Procurement and Vaccination Implementation which will regulate the procurement, purchase, and distribution process of vaccines, as well as the implementation of vaccination/immunization.

“Next, what is very important and needs to be resolved immediately is the arrangement of the vaccination implementation protocol. The Government, coordinated by Ministry of Health, has prepared a Roadmap for the National Plan for the Implementation of Covid-19 Immunization,” Coordinating Minister for Economic Affairs and Chairperson of the Working Committee for COVID-19 Handling and National Economic Recovery (KPC-PEN) Airlangga Hartarto said after a weekly plenary meeting in Jakarta, Friday (18/9).

In addition, Airlangga conveyed that a Ministerial Level Coordination Meeting had also been held to discuss the vaccination protocol.

“This roadmap will thoroughly regulate the implementation of vaccination, including a timeline and stages of immunization. The Roadmap is planned to be completed and reported at the Plenary Meeting next week,” Airlangga said.

Furthermore, Airlangga said that a Minister of Health Regulation (Permenkes) would also be drafted as a derivative of the Presidential Regulation. It will regulate the determination of the number and type of vaccines, vaccine procurement, vaccine purchases, determination of criteria and priority of recipients and regions, technical guidelines for vaccination implementation, and so on.

“The critical time is three months (until December 2020). We have to maintain the condition so that there are no extreme spikes and abnormal conditions before vaccination begins,” he said.

Minister of Health and the UNICEF, he said, signed an MoU on the procurement of vaccines with a multilateral scheme. Meanwhile, the results of Bandung clinical trials would be announced in mid-October 2020.

On the occasion, Airlangga also explained that the Implementing Team and the PEN Task Force were also asked to accelerate coordination related to the completion of PEN programs due to the low realization. “To accelerate the realization of programs with low realization, particularly corporate financing, coordination will be carried out between the Implementing Team, the Task Force, and related ministries/agencies,” he said.

The proposed new programs include the Cost of Acquiring Rights to Land and/or Buildings (BPHTB) for Low-Income Communities (MBR) borne by the Central Government, Payment Holiday (free of principal and interest payments, for a maximum mortgage loan of Rp500 million), exemption of income tax for BPHTB in the form of low-cost house and low-cost apartment (from 5% to 1%), as well as low interest on construction loans. These programs will soon be finalized by the Implementing Team, the PC-19 Task Force, and the PEN Task Force, coordinated by Ministry of Finance.

According to him, there will also be an expansion program of Wage Subsidies for Honorary Teachers, Expansion of Productive Presidential Assistance from Rp9 million to Rp15 million, Buy MSMEs Products program, and Tourism Vouchers program.

“In addition, to support law enforcement and discipline in implementing health protocols in the regions, the implementation of Mask-Wearing Operation with the imposition of criminal sanctions requires a legal instrument in the form of a Government Regulation in Lieu of Law (Perppu), which will be coordinated by Coordinating Ministry for Political, Legal and Security Affairs,” he explained. (Coordinating Ministry for Economic Affairs PR/EN)