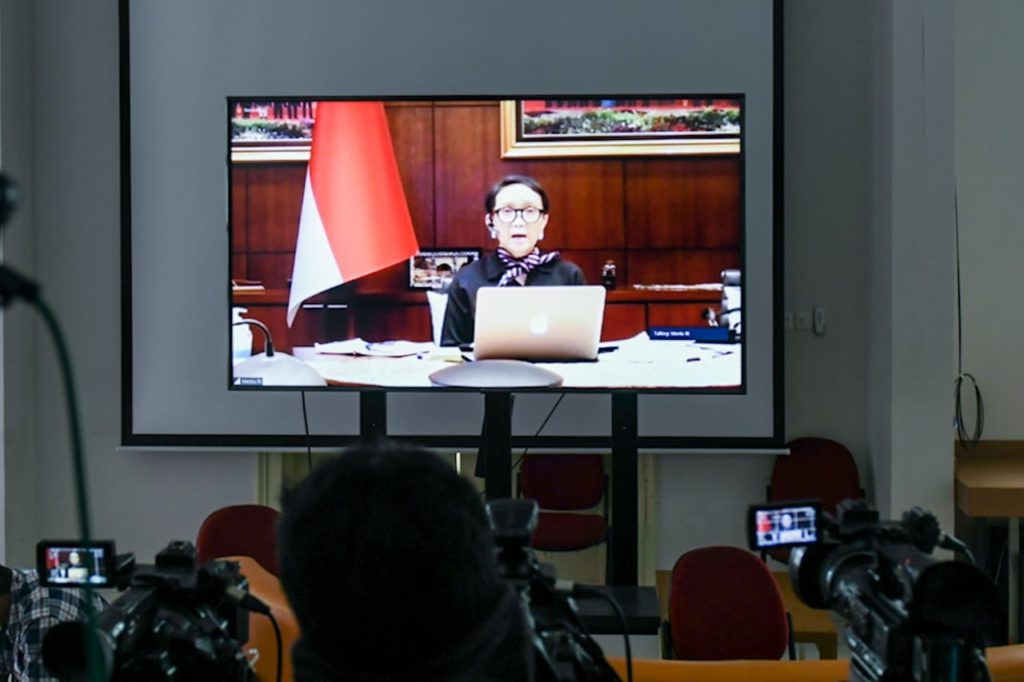 Minister of Foreign Affairs delivers a press statement after a limited meeting, Monday (11/5). (Photo by: Ibrahim/PR).

As part of the efforts to contain the spread of COVID-19 pandemic, the Government has announced it will enforce stringent health protocol at all entry points for Indonesian citizens returning from abroad.

The health protocol to be in force is in accordance with a Circular of Minister of Health, according to Minister of Foreign Affairs Retno Marsudi.

The Minister also said the number of Indonesian citizens returning from the neighboring Malaysia starting from 18 March to 10 May stood at 72,966 people, adding that the Malaysian Government has extended the implementation of conditional movement control order (CMCO) until 9 June.

“With the CMCO in place, a number of sectors have resumed its operation including industry, agriculture, trade, services, and construction sector,” the Minister said in a press statement, Monday (11/5).

As of 10 May, the Indonesian Embassy in Malaysia, together with community organizations in Indonesia, has distributed 334,369 staple food packages to Indonesian citizens in Malaysia affected by the CMCO implementation, the Minister added.

The Government, she added, also continues to repatriate a number of Indonesian citizens who are member of Jama’ah Tabligh in India.