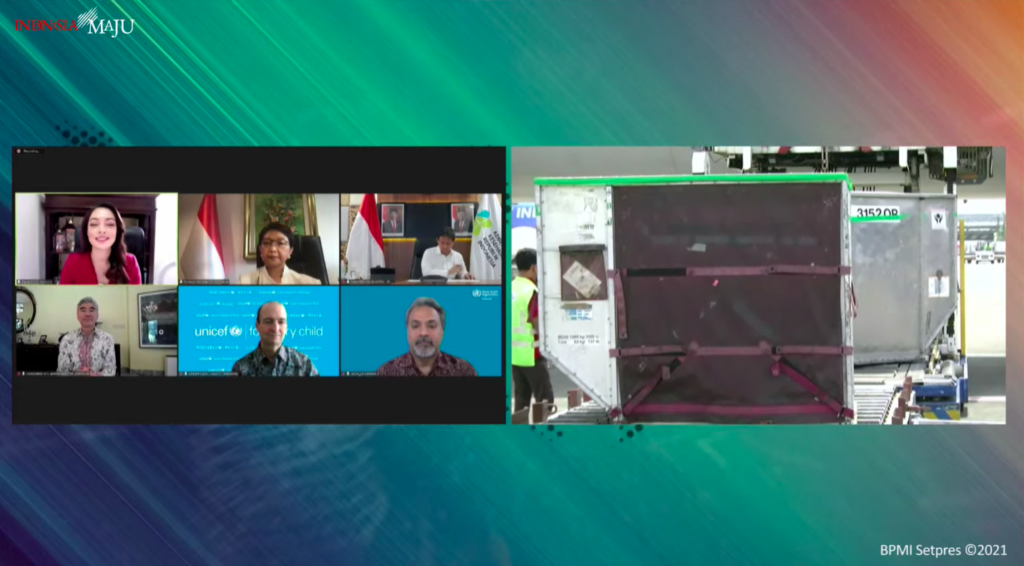 In a bid to achieve communal immunity orherd immunity, the Government has set a target to vaccinate 70 percent of the population or 181.5 million people. The Government has also announced it will continue to work hard in order to ensure the availability of COVID-19 vaccines for people all over Indonesia.

“The health and safety of the people will always be our priority,” saidMinister of Foreign Affairs Retno LP. Marsudi while welcoming virtually the arrival of the 20th batch of COVID-19 vaccine on Sunday (11/07/2021).

As many as three million doses of Moderna vaccine in finished form that arrived at Soekarno Hatta airport in Tangerang city, Banten province is a cooperation support from the US Government with a doses-sharing scheme under the multilateral COVAX Facility.

“Currently, Indonesia has also received offers of support from several countries, including Japan that will send the second phase of AstraZeneca vaccine, and then Netherlands, United Kingdom, Australia, and United Arab Emirates will also send the second doses-sharing scheme,” Retno said.

Furthermore, Retno expressed her appreciation for the support that has been given by those countries, adding that solidarity, collaboration, and cooperation are keys so that the world, together, can immediately escape this pandemic.