Gov’t to Focus on Strategies to Minimize Economic Contraction in Q3, Q4 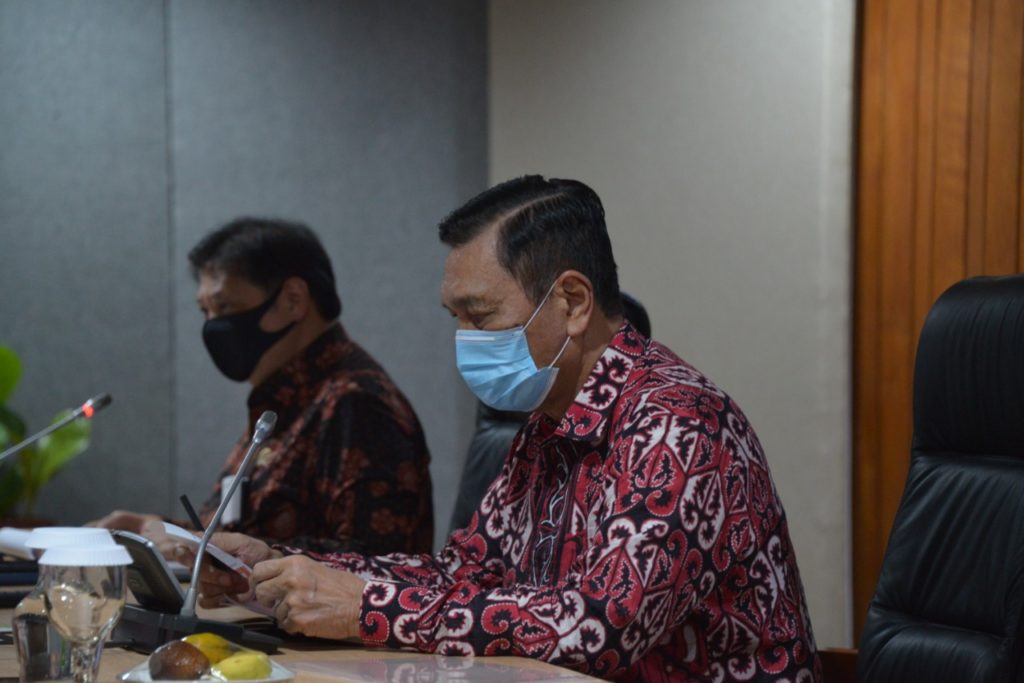 The Government has announced it is set to focus on strategies to reduce the risk of economic contraction in Q3 and Q4 of 2020.

According to Coordinating Minister for Economic Affairs Airlangga Hartarto, those strategies including optimizing the potential budget that may not be absorbed by reallocating it to programs that can be implemented and completed this year for national economic recovery.

Furthermore, Airlangga explained that the results of monitoring and evaluation of the National Economic Recovery (PEN) programs showed positive outcomes.

Based on the results of monitoring of the absorption and realization of the PEN program budget, he said that during the past two months (July 2020 and August 2020), the progress has been very significant.

Meanwhile, during August 2020 (after the PEN Working Committee was established), Airlangga added that the monthly realization was Rp63.93 trillion so that as of 31 August 2020, the total realization reached Rp211.60 trillion, increasing by 30.9% (monthly growth).

“The monitoring and evaluation carried out by the PEN Working Committee was very effective so that the realization of the program and budget showed a very significant increase, especially during August 2020, which could push the realization to Rp63.93 trillion in a month. The Working Committee is quite optimistic that the 2020 economic growth can still be positive,” Airlangga explained.

On that occasion, the Coordinating Minister also said the monitoring results have identified the potential budgets that were not fully absorbed up to the end of the year, both in the regional government budgets as well as the budget in each ministry / institution and the PEN Program budget.

“For the PEN budget that can still be used and reallocated again reaches Rp12.92 trillion which comes from the allocation of the PEN program for the Health, Social Protection, and Sectoral / Regional Government groups,” he said.

In the meantime, in a bid to encourage the acceleration of the realization of the Program and Budget, Airlangga added, several programs, either new or the existing ones, have been proposed.

Those program initiatives, among others, are related to health ,management, namely the upgrading of health facilities (Community Health Centers or Regional Hospitals) and the Regional Incentive Funds for areas that are successful in handling COVID-19 (becoming Yellow / Green Zones), as well as increasing PCR to meet the WHO target (people per day).

“One of which is encouraging the acceleration of the Labor Intensive Program, especially at Ministry of Public Works and Public Housing,” he said.

To further encourage the contribution of GDP in the regions, Airlangga mentioned that a spatial-based program has been developed by preparing several development programs for the leading sectors in ten provinces with the largest GDP contribution.

“It is expected that economic growth can be maintained while the spread of COVID-19 can also be controlled through various quick efforts and tactical steps undertaken by the Working Committee,” Airlangga said. (Public Relations of Coordinating Ministry for Economic Affairs / EN)