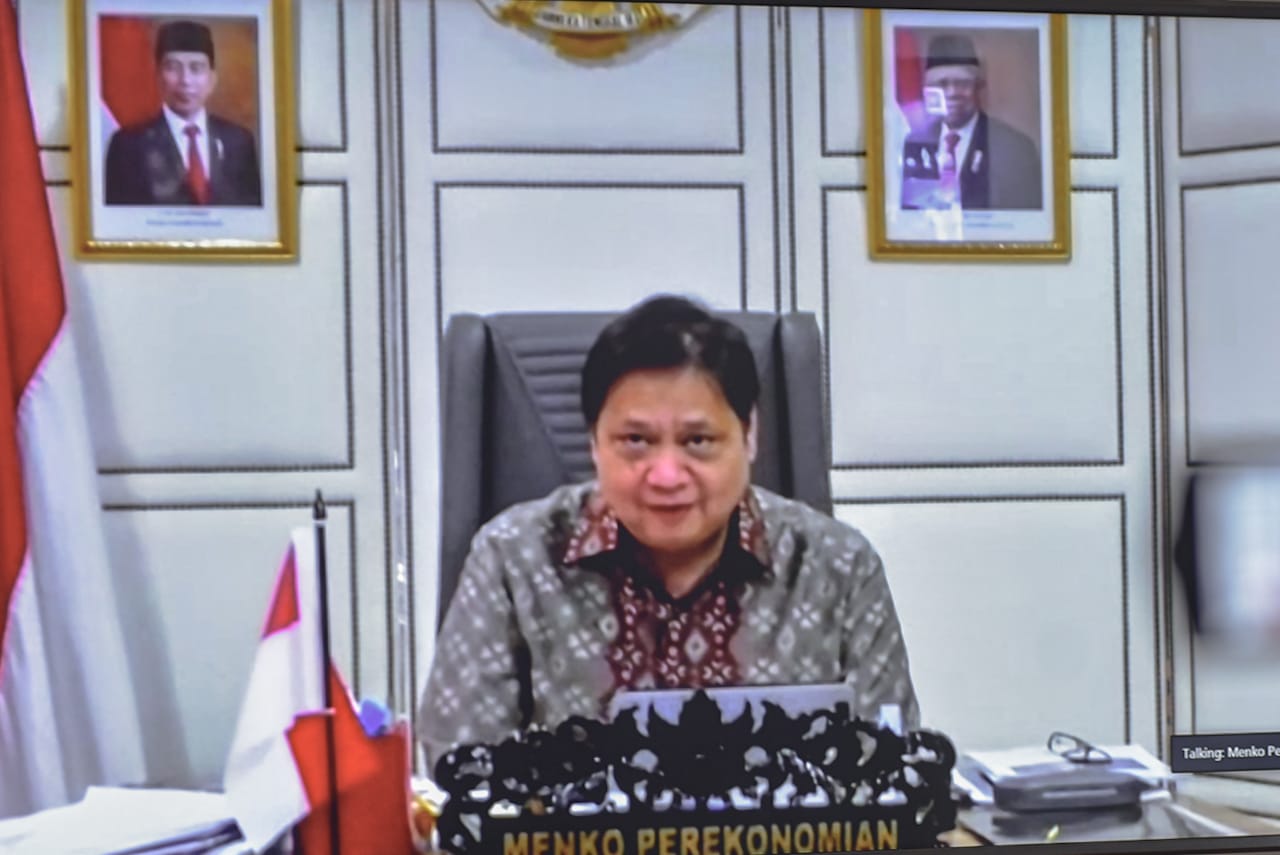 Coordinating Minister for Economic Affairs delivers his statement after a limited meeting on Monday (18/5). (Photo by: PR/Ibrahim)

In a bid to accelerate the COVID-19 handling in health and socio-economic aspects, the Indonesian Government has announced the plan to implementthe new normal scenario, putting epidemiological study and regional readiness into considerations.

“The President expected this new normal be implemented with some considerations,” Coordinating Minister for Economic Affairs Airlangga Hartarto said after a limited meeting on Monday (18/5).

The Coordinating Minister explained that regions which R0 (viral reproduction numbers) is less than 1, can implement the new normal.

In recent days, Airlangga explained, his Coordinating Ministry will propose a scoring mechanism, both based on epidemiological calculations and regional capacity in COVID-19 handlings such as the disease development, virus control, and health capacity.

“Then also the readiness of the public sector per each ministry/institution, the level of public discipline, and public response to how to work or ways to socialize in the new normal,” Airlangga said.

The industrial sector, Airlangga stated, has received Circular which was in accordance with the COVID-19 Task Force protocols. “In other sectors, be it education, restaurants, accommodation, worship activities, and transportation. We will study this thoroughly and the President will decide,” he said.

Airlangga stated that after the study on the capacity of the regions, the health sector, and ministries/institutions, the Government will announce the resulting policies.  (FID/EN)