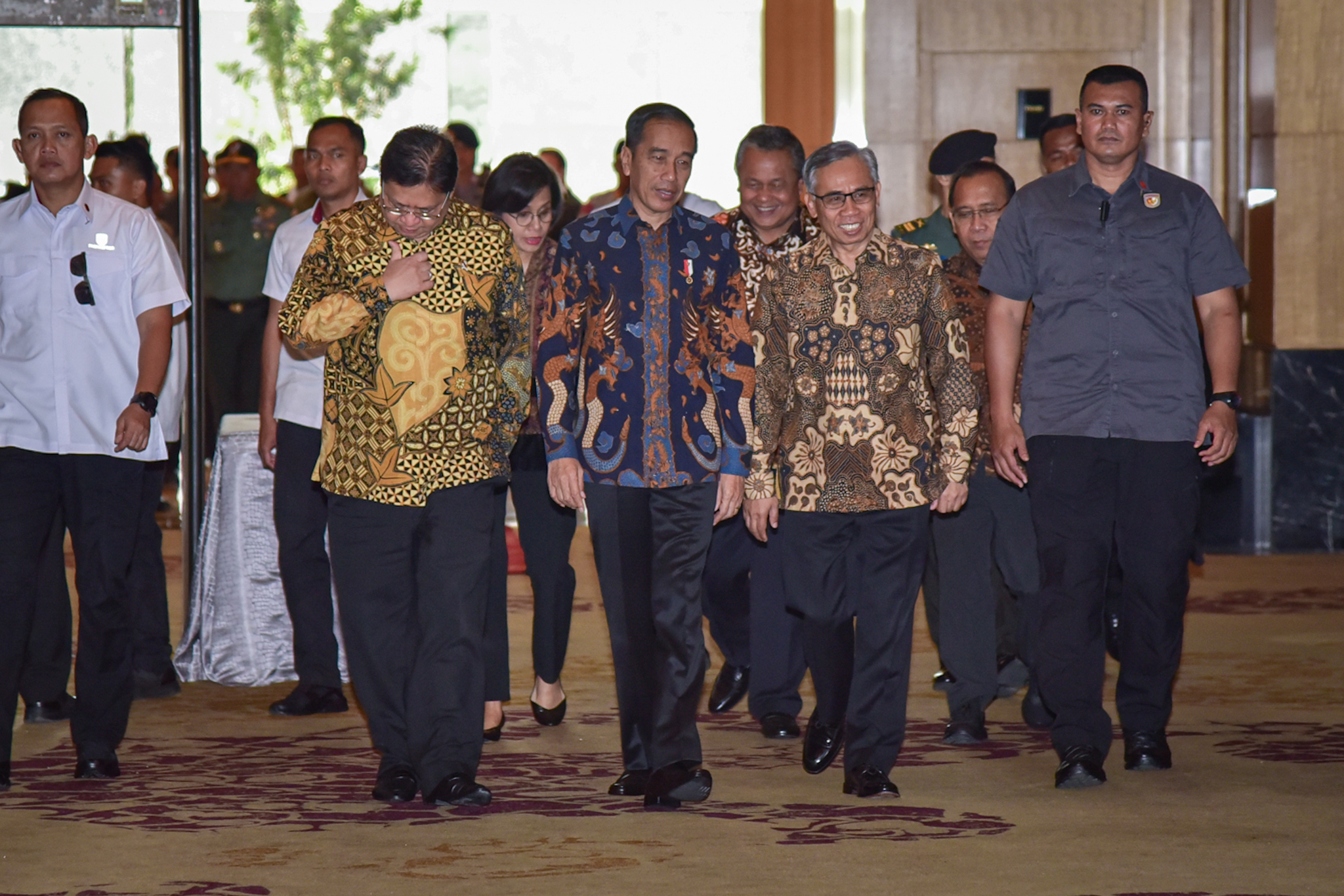 The Indonesian Government has decided to increase the amount of loan provided in several people’s credit schemes due to the low rate of nonperforming loans (NPL), President Joko “Jokowi” Widodo has said.

“The low NPL at Micro Waqf Bank, Mekaar program (Fostering the Economy of the Prosperous Family), and the People’s Business Credit (KUR) show that debtors are willing to return the money on time,” the President said during the National Coordination Meeting on Acceleration of Regional Financial Access and the National Gathering of the Micro Waqf Bank, in Jakarta, Tuesday (10/12).

For that reason, the President continued, the Government is set to allocate Rp190 trillion loans for micro and small businesses through KUR next year and the amount will be increased to Rp325 trillion in 2024.

Meanwhile, for Mekaar program the fund will be increased to up to Rp32 trillion from 5.9 million customers, he added.

President Jokowi went on to say that regional governments should encourage the public to get familiar with banking products, including savings and credits by creating business groups or designing an easier access to banking products.

“This is the task of regional heads, to help their people get access in financing,” President Jokowi said, while reminding that Indonesia it is still ranked 4th among ASEAN member countries in developing small and micro businesses.

In term of savings, according to the President, Ministry of Education and Culture should encourage children to save their money in the banks since their earliest age.

In terms of credit, he continued, the Government has already had 55 Micro Waqf Bank in Islamic boarding schools and the number will still continue to grow.

Meanwhile, in micro and small businesses, the Government offers Mekaar program, from which debtors can receive loan of up to Rp10 million, he added.

“The ecosystem is there. We only need to bring them to the next level, but it takes time indeed,” the President said. (MAY/AGG/ES)